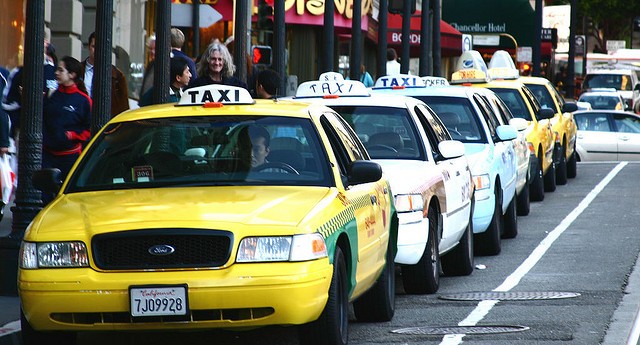 Ride-sharing services such as Uber and Lyft haven’t fully operated in San Antonio since April, but cab operators want customers to think twice about using them again should they make a comeback.

The TX Rides For Hire Campaign targets ride-sharing services’ background check policies, claiming that they are insufficient and put consumers at risk.

Ed Kargbo, chief marketing officer for the Texas region of Yellow Cab, said in an interview with the San Antonio Current that the campaign is to “educate Texans about the risks of riding with Uber, Lyft, and other such services.”

Most riders simply don't know the dangers they face, according to Kargbo.

“There’s a fundamental lack of awareness of the risk that passengers are taking on,” Kargbo said. “There’s an assumption that Uber and Lyft do background checks that are thorough. And if you follow the issues at the San Antonio level, at the state level, or really around the country, there is a difference between a fingerprint background check ... and the basically public record check that they do.”

Representatives from Uber did not respond to requests for comment on Yellow Cab's campaign.

Kargbo wouldn’t say whether other groups besides Yellow Cab were behind TX Rides for Hire, but he “certainly [believes] that other people will sign on.” He also declined to specify if there's a reason why the campaign is being launched now.

Uber and Lyft both left San Antonio after the City Council voted in March to ease restrictions on ride-sharing companies but clung to mandating fingerprint background checks for drivers. Uber and Lyft officials said at the time that the regulations were overly stringent and unnecessary.

But Kargbo pointed to cases of criminality by Uber drivers in cities such as Houston, Chicago and Boston as proof that fingerprint checks are necessary. He also quibbled with whether Uber had completely vacated the Alamo City, citing the company’s offer of free rides last month during Fiesta.

“As a person who travels constantly for business, I use Uber all over these great United States and have never once had anything but a pleasant and professional driver with a clean vehicle to boot,” Dikki Guerra commented on  an earlier Current post on Yellow Cab's campaign shared on Facebook.

But others, like Tanya Arguijo, were more convinced, saying they hadn’t previously considered the background check angle.

“I have to admit the safety issue is interesting to find out. I didn’t know they didn’t check fingerprints and that is kind of dangerous for a single travelling woman,” Aguijo wrote.

Karbo said that he “wouldn’t presume” that the goal of the campaign is to keep ride-sharing companies out of San Antonio, insisting instead that it’s designed to inform “every person who’s going to use a vehicle for hire knows that there are risks associated with using services like that.”

“It does present a danger to the consumer,” Kargbo said. “We are concerned about people.”