Texas Wants You To Bring Concealed Handguns To College 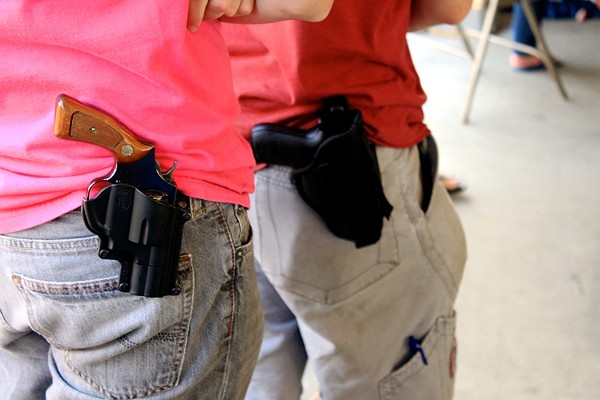 Lone Star State Legislators just approved a bill that requires colleges — both private and public — to allow people with concealed handgun permits to bring their weapons on campus.

"In the interest of transparency, it is important to note that the University, by a faculty, staff and board consensus, has stated unequivocally that Trinity will not participate in campus carry unless legally required," McCutchen wrote.

According to McCutchen, the issue isn't about weapons but rather, the freedom to choose.

"I understand the divisive nature of this topic. However, to me the issue present here has very little to do with guns and a lot to do with the freedom to choose," he wrote. "It is my personal belief that each university should be able to have a campus wide discussion on the topic and be able to decide for themselves on what is right for the university.

"You may disagree, which is perfectly reasonable. Either way, our voice needs to be heard."

The Texas Tribune reports that the vote was allowed in exchange for an amendment that gives colleges and universities some control over implementation, including passing bans in limited areas of campus.