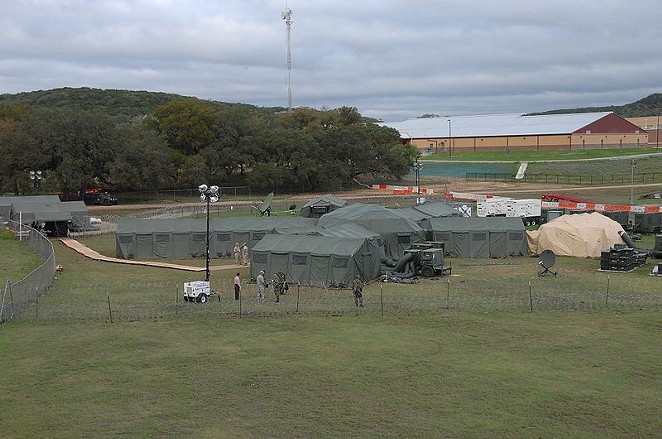 Federal agents arrested a military official from Qatar, along with his wife who is a citizen of the United Arab Emirates, over the weekend, accusing the couple for forcing two people to work for them.

Hassan Salem H.M. Al Homoud and his wife, Zainab Al Hosani, are charged with engaging in forced labor by obtaining the services of a housemaid from Indonesia and a servant from Bangladesh by means of force and restraint.

According to a press release from United States Attorney's Office for the Western District of Texas, Al Homoud and Al Hosani housed the workers in primitive conditions, restricted their ability to travel and only provided them with limited amounts of food. Citing a criminal complaint filed this morning, the USAO says the couple withheld payment of wages, and took their cellphones, passports and visas.

"Al Hosani also threatened the workers with arrest and incarceration in Qatar if they failed to perform their work obligations," the press release says.

Al Hosani and Al Homoud traveled to the states with their two children while Al Homoud attended training at Camp Bullis. In mid-2014, the individuals who worked for the family were brought to the country on visas sponsored by Al Homoud.

A San Antonio Police Department officer discovered their conditions in April after he found one of the workers in distress along Camp Bullis Road.

"This led law enforcement officers to a nearby apartment occupied by the workers, furnished with only a pallet on the floor for sleeping," according to the USAO press release.

They were arrested Saturday by Department of Homeland Security special agents in San Antonio. If convicted, they face up to 20 years in federal prison with the possibility of a fine that caps at $250,000.