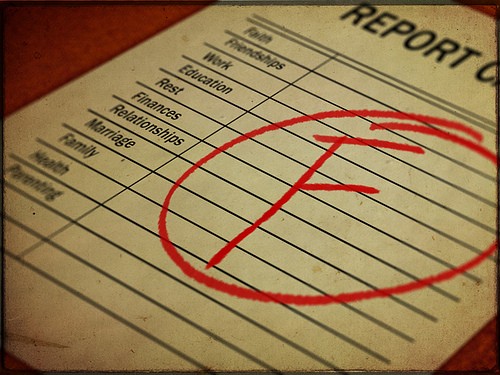 House Bill 2804 will assess schools on an A-F scale, with ‘D’ and ‘F’ constituting failing grades. If Gov. Greg Abbott signs the bill into law, it will take effect in the 2016 school year.

Proponents claim that the ratings are easy to understand, and will provide a more comprehensive understanding of a school’s performance. But its opponents say that it will stigmatize and punish poor districts.

Under the A-F system, metrics related to standardized test scores will account for 55 percent of a school’s grade. The remaining 45 percent will be determined by assessing measures like dropout rate and attendance. Schools can also determine a few of the metrics by which they’re judged.

Some public school advocates said that the bill is just the next step to further privatize Texas education.

Tom Cummins, president of the Bexar County Federation of Teachers, said that the ratings were a “malicious” attempt by the Legislature “to embarrass a particular school.”

“Those types of scores will often just reflect the socioeconomic position of families in the school district,” Cummins said.

Other states have implemented similar systems with mixed results. There’s a push for Virginia to abandon the scale just two years after adopting it, and instances of fraud have bogged the system down in other states, such as Indiana.

Socioeconomic challenges will manifest themselves across the ratings categories, Cummins said.