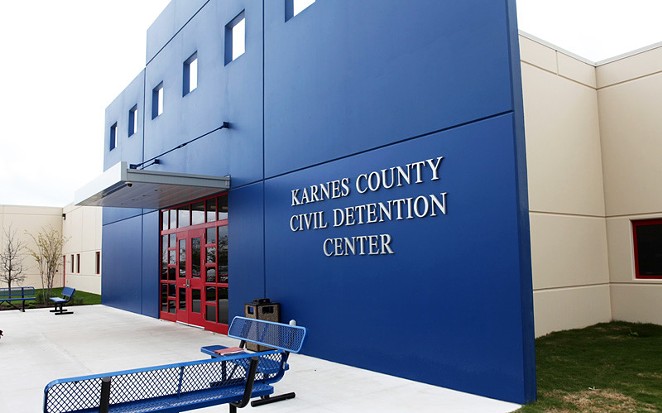 A refugee in custody at the Karnes County Residential Center attempted suicide on Wednesday after being denied parole and asylum, according to The Huffington Post.

Lilian Yamileth, a 19-year-old mother of one, said she fled her native Honduras after facing rape and death threats. U.S. Immigrations and Customs Enforcement has detained Yamileth since October.

ICE spokesman Richard Rocha said that an adult woman “is being observed by mental health professionals after staff encountered the individual with a surface-level abrasion to one wrist," at the Karnes facility, but would not confirm the person’s identity.

Reports of physical, mental and sexual abuse, poor living conditions, improper medical treatment and hunger strikes have trickled out of both the Karnes facility and the newly-opened South Texas Family Residential Center in Dilley.

Although DHS recently introduced a series of reforms to family detention facilities, including setting up mental health advisory boards and enhancing living conditions, lawmakers have clamored to close them.

Members of the House of Representatives, including Rep. Joaquin Castro of San Antonio, recently sent a letter to Department of Homeland Security Secretary Jeh Johnson asking him to shutter the family detention centers. A group of 33 Senators sent a similar letter this week.

“Instead of criminalizing women and children who arrive at our borders in desperation, let’s address the problem driving this phenomenon and help foster stable, nonviolent societies in the Central American nations from which these refugees are fleeing,” Castro said.