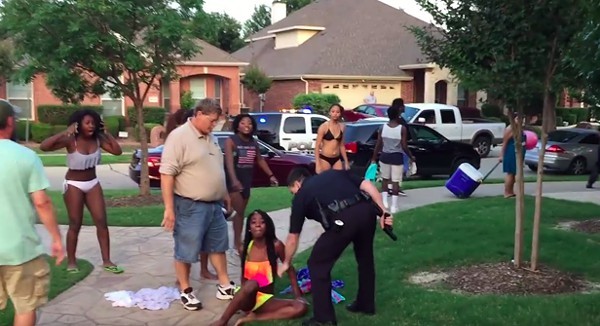 A North Texas police officer who threw a teenage girl to the ground by her hair and pulled a gun has resigned.

The officer, David Eric Casebolt, was responding to reports of a fight at a pool party in McKinney when a bystander videotaped him roughing up a teenage girl.

In addition to Casebolt's rough handling of the teenager, the video shows the officer using profanity and detaining black teenagers while white teens in the video are told to go home.

Police arrived at the pool in the suburb near Dallas after a fight broke out between an adult and some teenagers, who allege they were told to leave the party and go back to public housing — even though they were invited.