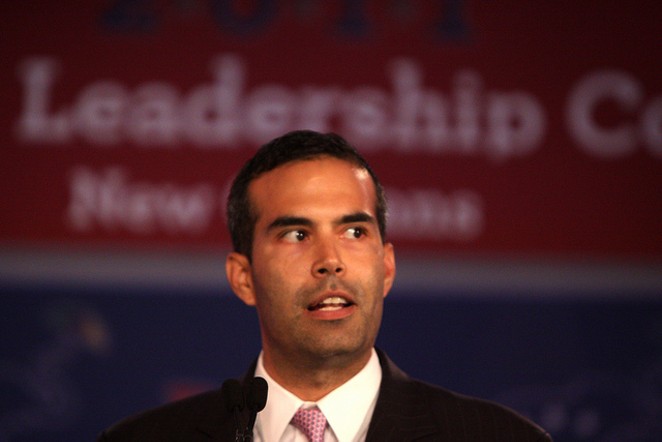 George P. Bush is Texas’ Land Commissioner, but that might be his least-noteworthy claim to fame.

He also happens to be the grandson of a former president, the nephew of another, and the son of a Republican presidential candidate and former governor.

When his father, Jeb Bush, shocked no one yesterday by announcing he’ll run for president, George P. fired off a tweet in support of his pops:

That’s a no-brainer, right? Your dad runs for president, you’re in his corner.

But it may not have been so easy for George P., who appears to be president of the Sen. Ted Cruz fan club.

Cruz was the first to jump into the now-crowded GOP 2016 field (which as of today includes Donald Trump. No, really). George P. once called the Tea Party firebrand “the future of the Republican Party,” and said to The Texas Tribune that he modelled his run for land commissioner after Cruz’s upstart Senate run.

There’s no real controversy here, since a guy would have to be pretty cold-blooded to turn his back on his own father, and it doesn’t look like George P. will do that and endorse Cruz. But it’s interesting to consider the internal dilemma the younger Bush faces.

Cruz, a conservative hardliner, has campaigned on decrying the “mushy middle” that moderate candidates such as Mitt Romney or, say, Jeb Bush fall into.

If George P. is such a tea party fanboy, then what does he think of the politics of his father, who rates as one of the most liberal GOP candidates in the 2016 field?