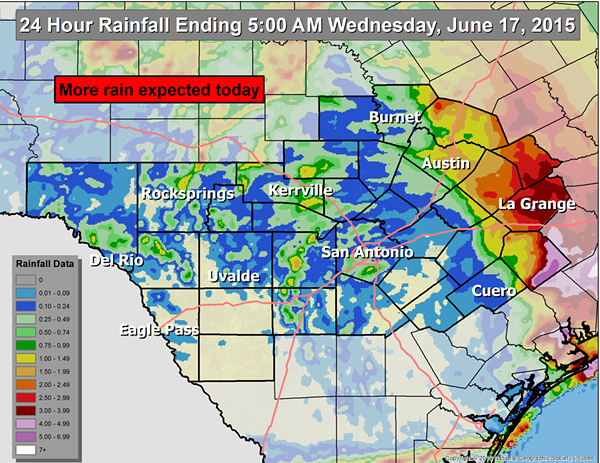 As of early this morning, Tropical Storm Bill is no more.

The system was downgraded to a tropical depression. The storm's heaviest rains missed San Antonio, though first responders and the National Weather Service Austin-San Antonio were expecting an average of four inches of rain here.

However, Bexar County is still under a flash flood watch until 1 p.m. and the National Weather Service said localized flooding is still possible from rain bands expected to form this afternoon and evening.

Tropical Depression Bill is now making its north across Central Texas as it continues to weaken.

The storm is expected to produce 4 to 8 inches of rain over eastern Texas and eastern Oklahoma and 3 to 6 inches over western Arkansas and southern Missouri, according to the National Hurricane Center.