Piñata Donald Trump Is Sure To Be A Smash Hit 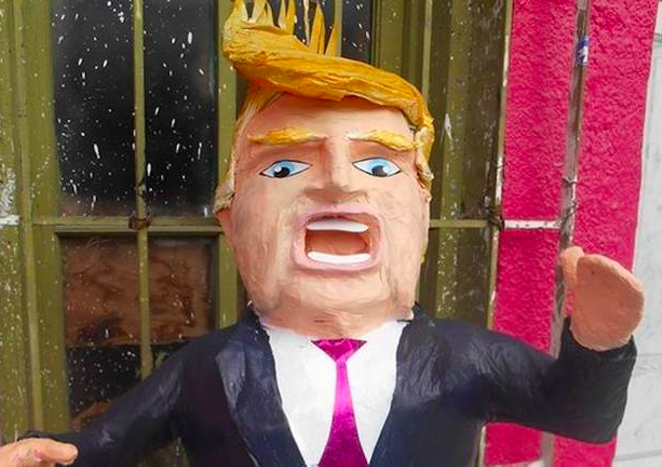 There are few things upon which we can all agree, but this is certainly one of them: Donald Trump could use a good ass-kicking.

Trump reinforced that last week, when he announced that he was running for the 2016 Republican presidential nomination. And the real estate magnate had this to say about Mexican immigrants:

“They’re bringing drugs, they’re bringing crime,” Trump said. “They’re rapists and some, I assume, are good people, but I speak to border guards and they’re telling us what we’re getting.”

In response to Trump’s comments, Dalton Javier Avalos Ramirez, a Mexican artist from Reynosa, created a Donald Trump piñata, according to The Independent.

"It was a way of expressing disagreement of what he said about us Mexicans," Ramirez said to The Independent. "Donald Trump should not promote racism against Mexicans or Latinos in America."

The piñata captures Trump perfectly. And piñata Trump is obviously better than real Trump, for a whole host of reasons. Foremost among them is that the cardboard version can be filled with candy or other goodies. The real Trump is surely filled with sadness, gaseous bombast and several forms of cholesterol medication.

After the speech, Trump tweeted this non-apology:

I like Mexico and love the spirit of Mexican people, but we must protect our borders from people, from all over, pouring into the U.S.

Yes, Donald. I’m sure your affinity for "the spirit of Mexican people" will stop them from destroying your cardboard effigy at birthday parties.