4 Players The Spurs Could Draft Tomorrow 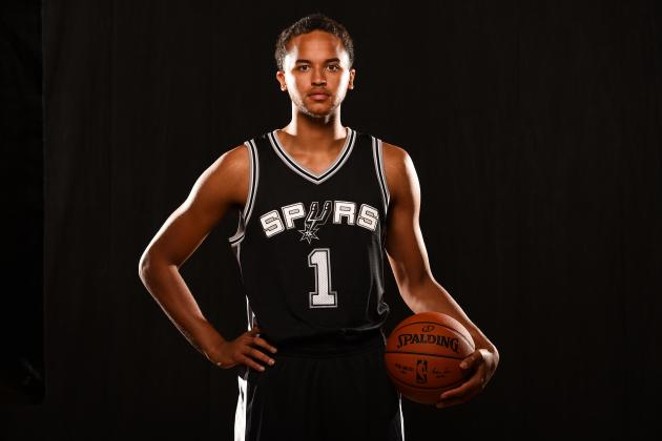 The Spurs have the 26th pick in the 2015 NBA Draft tomorrow. It’s not prime position, and it’s completely possible that Coach Pop and Co. will trade out of the spot (remember when people wondered if George Hill for Kawhi Leonard was a good idea?).

Since trades are damn near impossible to predict though, let's assume for now that the Spurs will keep the pick.

Here are four names that consistently pop up in mock drafts as the Spurs' first round pick:


Harrell is the best-known player on the list. A 6’8” forward from the University of Louisville, Harrell’s offensive game leaves much to be desired, but he’s an incredible athlete and can make an immediate impact on defense and on the boards.


Martin is athletic (though not as athletic as Harrell), and a gifted offensive player. He’s got a reliable jump shot inside the 3-point line, and he’s confident taking the ball to the basket. He’ll have to improve as a defender and as a rebounder to make an impact in the NBA though.


Wright, the younger brother of Portland Trailblazers forward Dorell Wright, won the Bob Cousy Award for the 2014-2015 season, awarded to the nation’s top collegiate point guard. Wright is long and an elite defender, but is a limited outside shooter.


Vaughn is a youngster, entering the draft at just 18 years old. But he’s also a sharpshooter, knocking in nearly 40 percent of his 3-point attempts in his lone season at UNLV. He can score in a variety of ways, but his bread and butter will be making shots from the outside.