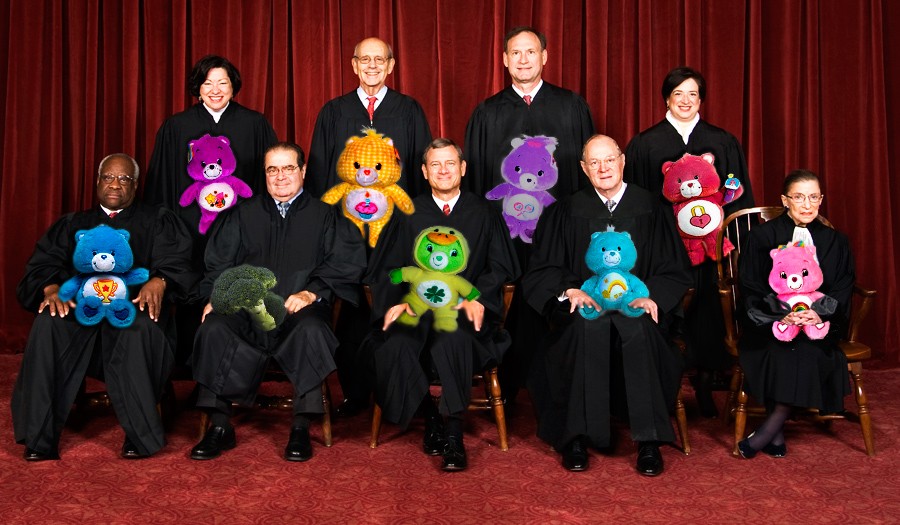 Yes, there are fundamental rights every citizen should enjoy, but we can’t let you have them. Sorry. Harsh words from the dissents of Supreme Court Justices Samuel Alito, Antonin Scalia and Clarence Thomas.

Justice Thomas embodies this statement fully saying, “One can conclude that certain essential, or fundamental, rights should exist in any just society. [However] It does not follow that each of those essential rights is one that we as judges can enforce under the written Constitution.”

Thomas attacks the majority judges, “Indeed, from the standpoint of history and tradition, a leap from opposite-sex marriage to same-sex marriage is much greater than one from a two-person union to plural unions, which have deep roots in some cultures around the world. If the majority is willing to take the big leap, it is hard to see how it can say no to the shorter one.”

Let’s not stop there.

“If you are among the many Americans—of whatever sexual orientation—who favor expanding same-sex marriage, by all means celebrate today’s decision. Celebrate the achievement of a desired goal. Celebrate the opportunity for a new expression of commitment to a partner. Celebrate the availability of new benefits. But do not celebrate the Constitution. It had nothing to do with it. I respectfully dissent.”


For Justice Alito the decision for marriage equality was so outlandish the majority must have been drunk, “The stuff contained in today’s opinion has to diminish this Court’s reputation for clear thinking and sober analysis.”

Read all the dissenting opinions at the bottom of the San Antonio Current's live blog.