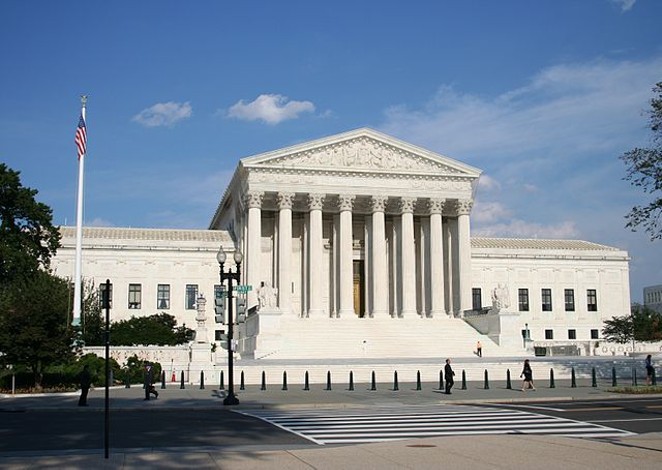 The U.S. Supreme Court will again examine the use of race in the University of Texas at Austin’s admission process, in a case that could seriously impact affirmative action in college admissions.

The case, Fisher v. University of Texas, has been contested since 2008. That’s when Abigail Fisher sued UT after the university denied her admission. Fisher, who is white, claimed that UT rejected her application because of her race.

Public universities in Texas automatically accept anyone in the top 10 percent of their graduating class, regardless of race. Fisher graduated in the top 12 percent of her high school’s class.

Most students at UT-Austin are admitted through the top 10 percent rule. The rest of the class is admitted through a process that considers a variety of factors, including class rank, test scores, extracurricular activities and race.

The Supreme Court ruled that any consideration of race in the admissions process must be preceded by “available, workable race-neutral alternatives,” according to an opinion by Justice Anthony Kennedy. The Supreme Court sent the case back to the U.S. 5th Circuit Court of Appeals to decide whether UT-Austin’s admission process fit that criteria.

Although the 5th Circuit recently ruled in favor of the university, the Supreme Court wants the final say in the matter. When the justices hear the case again, they will likely focus specifically on how UT-Austin uses race in its admissions process.

The Supreme Court will hear the case this fall.