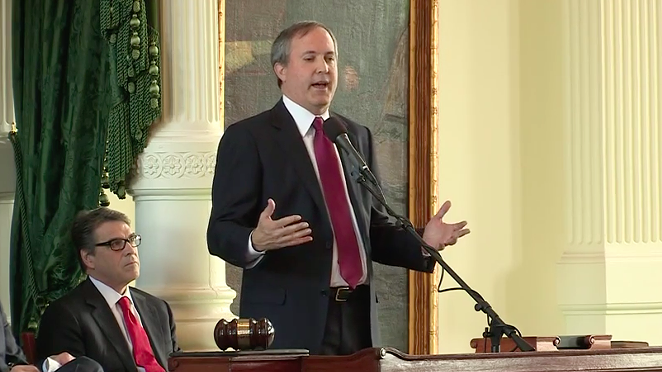 New revelations about the business dealings of Texas’ top lawyer could land him in hot water.

Paxton fessed up to failing to properly register with the state as an investment advisor last year, for which he was fined $1,000 by the Texas State Securities Board. But special prosecutors in Collin County say that the case goes much deeper than that.

"The Rangers went out to investigate one thing, and they came back with information on something else," Special prosecutor Kent Schaffer told WFAA in Dallas. "It's turned into something different than when they started."

If convicted, Paxton could face life in prison and a fine of up to $10,000. The minimum sentence is five years in prison.

Paxton or his representatives have not publicly commented about the new charges, but he’s lawyered up in a big way. He recently hired former federal judge Joe Kendall, according to multiple reports.

Schaffer and other special prosecutors will soon present their case to a grand jury. Schaffer expects at least six witnesses to testify, according to the Dallas Morning News.