Put Up Or Shut Up: Texas Judge Is Done Playing Around With Obama 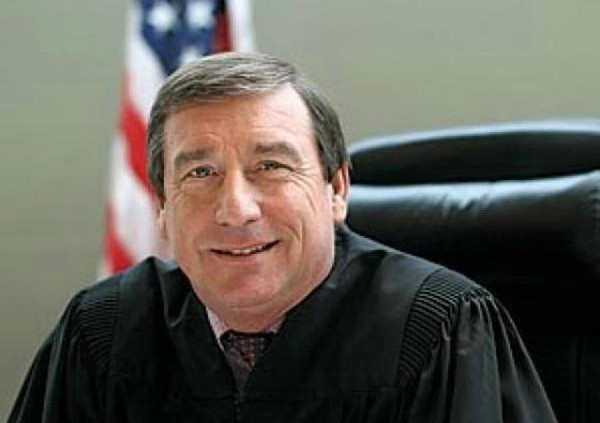 Andrew Hanen's about had it with President Obama's Homeland Security Department and its program to legalize millions of undocumented youngsters and their parents.

Well, at least about had it with the department's apparent shoulder shrug to Hanen's repeated warnings to get its act straight.

Hanen is the federal judge in Brownsville who basically single-handedly made Obama's immigrant legalization program come to a screeching halt earlier this year.

You could almost picture smoke coming out of Hanen's ears as he penned his latest missive against the Obama administration, as reported in Politico.

The judge's ultimate ultimatum, he warned none other than the top DHS leadership to show up at his courtroom next month for a previously unscheduled hearing – just so they can explain to him why he shouldn't hold them in contempt of court.

If they thought he's been messing around, they've got another thing coming to 'em.

"If these violations have not been corrected by the end of this month ... the only logical conclusion is that the Government needs a stronger motivation to comply with lawful court orders," Hanen fumed in his order, dated June 23 but just made public.

He characterized the administration's apparent nonchalance as "unacceptable"  and "completely unprofessional."

His beef is over DHS blowing deadline after deadline Hanen set to make arguments on the legalization program, particularly why more than 2,000 cases were taken up and approved after the judge had already ordered it stopped.

A DHS spokeswoman told Politico the department is aware of the judge's latest order, but didn't get into details.

The department has one more chance to save face by answering the judge's previous inquiries by the end of the month – otherwise, Johnson and his top charges can start planning their trip to sunny Brownsville. In August, no less.