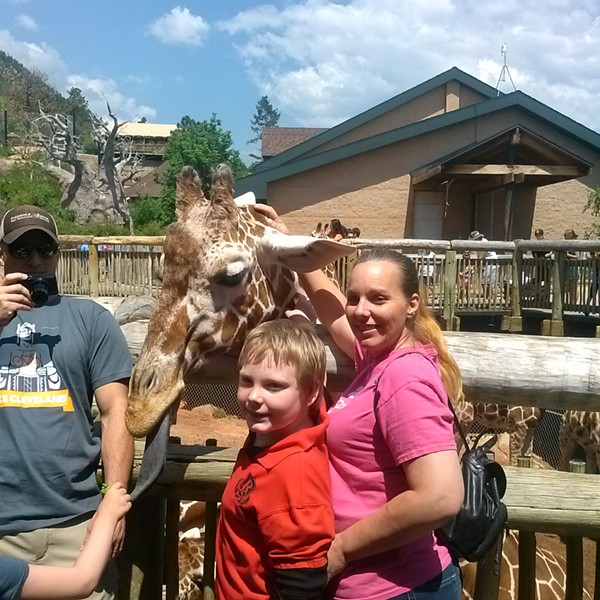 Nipper, who suffers from intractable epilepsy, told the San Antonio Current that she's gone 65 days without a seizure since making the big move from San Antonio. She credits this success to a combination of CBD oil and THC — two compounds from marijuana.

You can read more about why Nipper made the move and why medical marijuana is working for her in this week's cover story.

While Nipper's doing great, she's not content. Nipper wants to give back to other Texas patients who would benefit from medical marijuana, and she's got a vision to make it happen.

Plutopia comes from Team Pluto, which is made up of Nipper, her two children, her husband and her seizure-alert dog, Pluto. 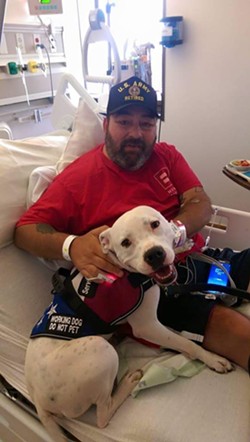 "We're going to get some land with cottages and cabins for people just like us from Texas so they can come up here without having to pay and stay in a hotel," Nipper said. "They can stay for 30, 60 or 90 days and we can help them get everything they need."

Like Nipper, other Texans have left the Lone Star State for Colorado to access medical marijuana legally. And that's not an easy process.

"We'll help them find a real estate agent and teach them how to grow," Nipper said. "We want to do all of this for nothing."

One such patient is Edwin Patterson, who suffered major complications — including paralysis — after a mosquito bit him and he contracted West Nile Virus. He had to have one of his legs amputated Monday.

Patterson previously told us that he became addicted to morphine while in the hospital and that marijuana provides an alternative pain reliever in addition to stimulating his appetite and helping him sleep.

Nipper said the plan is for Patterson to become the first Plutopia resident next May and Patterson told us as soon as he recovers and his lease is up he'll be heading to Colorado.

People like Nipper and Patterson simply can't get the medication they need in Texas. And a new law legalizing CBD oil in the Lone Star State for the treatment of intractable epilepsy just isn't practical.

But Nipper wouldn't have been able to find relief from her seizures without the help of others.

"The community came together and held a fundraiser for us and that's how we were able to put the money down for this apartment. The majority of my medication has been donated," Nipper said. "People have been donating online. The way people helped us, Plutopia is my way to pay everybody back. I want to save millions of lives like they saved mine."

We'll keep you updated as plans for Plutopia progress.