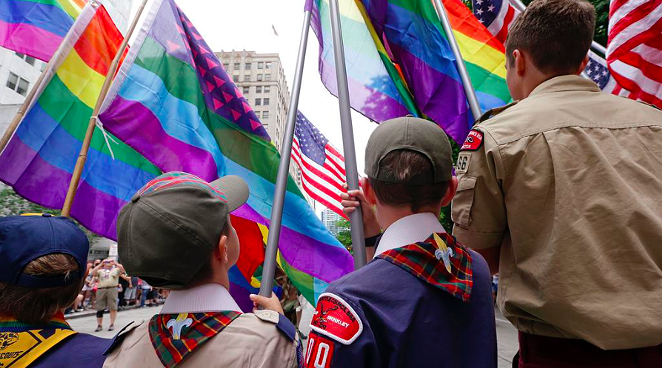 The Boy Scouts of America took another step toward ending its ban on gay leaders, the organization announced today.

The group’s Executive Committee unanimously voted to end the ban, according to a news release.

The BSA, one of the nation’s largest youth organizations, has allowed gay youth since 2013. But until now, it has stuck to its guns on keeping out gay leaders.

A troop in Schertz asked two leaders, Adella Freeman and her partner Barbara Wright, to leave the group because they are lesbians. Freeman’s son, Nick Zamora, had nearly earned his Eagle Scout award, but he left the group after his mother and her partner were asked to leave.

Robert Gates, president of the BSA and former secretary of defense, called for the organization to reconsider its policy on gay adults in May, citing increasing external pressures.

“We must deal with the world as it is, not as we might wish it to be. The status quo in our movement’s membership standards cannot be sustained,” Gates said.

Under the new resolution, the national organization would no longer bar gay leaders from participating in Scouts, but individual units will still be able set their own standards based on their religious beliefs.

“This change allows Scouting’s members and parents to select local units, chartered to organizations with similar beliefs, that best meet the needs of their families. This change would also respect the right of religious chartered organizations to continue to choose adult leaders whose beliefs are consistent with their own.”

The BSA will officially adopt the new policy on Monday, July 27 if its National Executive Board ratifies the change.