People Still Think The United Nations Might Take Over The Alamo 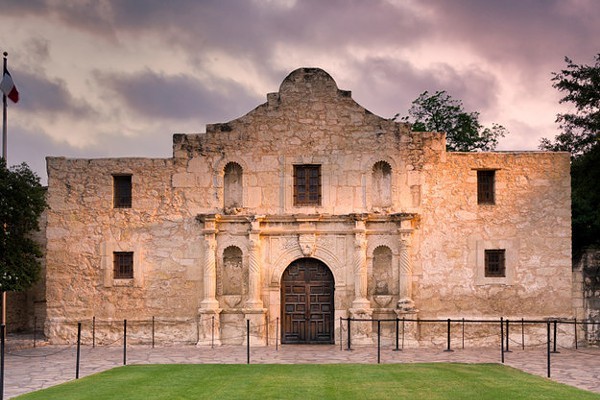 Let’s say it together now people, one more time, just to make sure we’re all on the same page:

The United Nations will not take over The Alamo.

Somehow, not everyone has received this memo. Since it became clear that San Antonio’s Spanish missions might become a UNESCO World Heritage Site, tin foil hat enthusiasts have decried the effort as a possible threat to Texas’ sovereignty.

No, seriously. That's a thing that people think might happen.

Most notable among these of course is State Sen. Donna Campbell, R-New Braunfels, who filed the “Protect the Alamo Act” in the most recent legislative session to prevent the General Land Office from entering “into an agreement that vests any ownership, control, or management of the Alamo complex in an entity formed under the laws of another country.”

To the surprise of no one, the bill went nowhere. But this weekend, protesters assembled at The Alamo to oppose the “creeping influence” of the U.N., according to the San Antonio Express-News.

What does that even mean? That the U.N. will somehow monopolize the sale of coonskin caps or Davey Crockett Nutcrackers (both of which are available for sale at the online Alamo Gift Shop)?

Approval of The Alamo and San Antonio’s other Spanish missions as a UNESCO Heritage Sites only added fuel to the fire. Nevermind that World Heritage status comes with significant international prestige and a potential economic windfall for San Antonio.

It’s absurd that this is even a topic of discussion, much less something that occupies the minds of our elected officials. But Land Commissioner George P. Bush, whose agency now manages The Alamo along with the City of San Antonio, issued a statement this weekend:

"It ain't gonna happen," Bush said in a news release. "Frankly, as a proud native Texan, I believe that safeguarding the crown jewels of Texas history is one of the General Land Office's most important roles."

There you have it. Nothing to worry about.

But then again, that’s just what somebody working for the U.N. would say, isn’t it George?