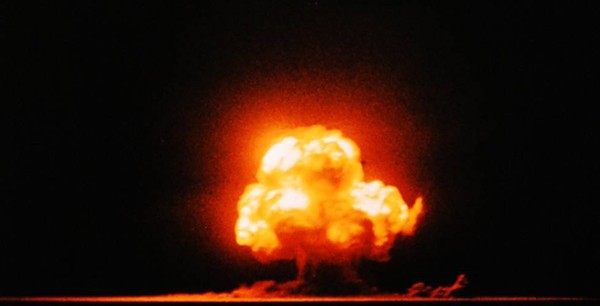 On July 16, 1945, the Manhattan Project successfully detonated its first nuclear rig outside Alamogordo, New Mexico. The explosion at the Trinity site 70 years ago whipped the world into a nuclear age, where the next two detonations would kill hundreds of thousands of civilians a month later in Japan.

Chosen for its seclusion and access to nearby Holloman Air Force Base, the Trinity site almost made its way to the Texas coast. In the selection process, the Manhattan Project considered Padre Island as one of eight potential sites for the development of The Bomb.

Just south of Corpus Christi, the town offered a Navy base, deep water port and rail service for the massive infrastructure to create nuclear fission. During the war, civilians were already banned from the barrier island, with Coast Guard crews searching for survivors from U-boat attacks or Nazi landing parties.

Ultimately, the Trinity site went to New Mexico and the barrier island became the Padre Island National Seashore. With a population of 57,301 in the 1940 census, explaining a nuclear reaction to the civilians of Corpus Christi would have been a daunting challenge (in New Mexico, plainclothes MPs convinced nearby towns that an ammunition dump exploded). Not to mention the potential issue of Simpsons-like fish on the Texas coast.

But if the atomic dawn had risen in Corpus, light from the blast could have been visible in San Antonio. Light from the July 16 explosion was seen in Amarillo, 280 miles east of the Trinity site. Meanwhile, Padre Island is 172 miles from the Alamo City.