Jimmer Fredette Signs With The Spurs 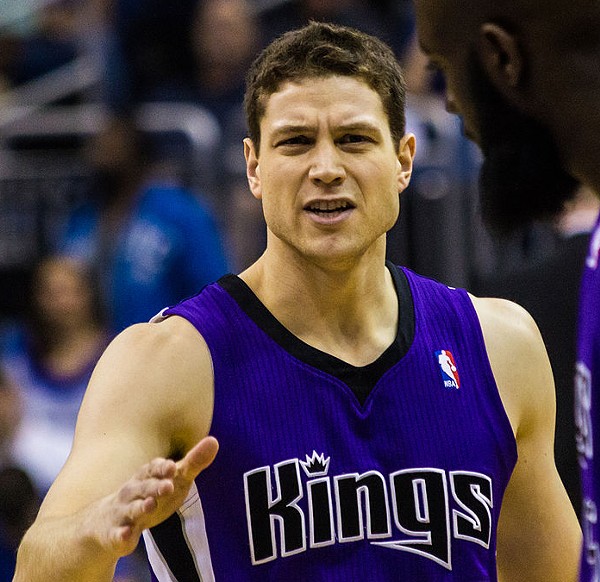 
Fredette is a folk hero in Utah, where he led the BYU Cougars to a Sweet Sixteen berth in the NCAA tournament, and won the National College Player of the Year Award in 2011. The Milwaukee Bucks selected him with the tenth pick in the 2011 draft on the strength of his senior season, though they traded him on Draft Day to the Sacramento Kings.

Fredette has yet to make much of an impact in the NBA, though. Barring injury, he likely won’t play much for the Spurs, and may even struggle to make the team.

On the flip side, you can’t have too much shooting in today’s NBA, and it’s pretty cool to have a guy on the roster who practically goes by just one name, like Prince or Cher or Beyonce or Madonna.

If basketball doesn’t pan out, evidently he could make a career out of doing the Dougie at weddings: