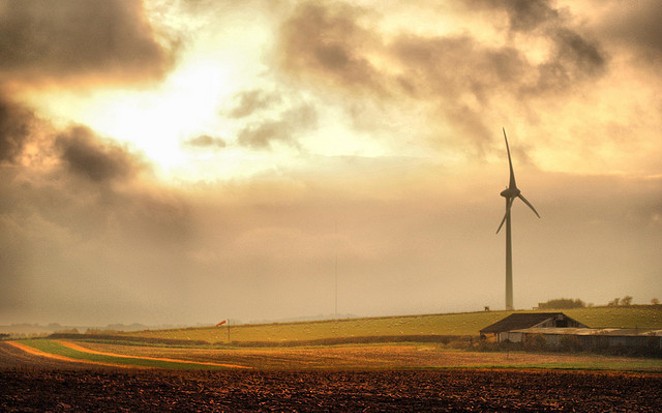 Another report on climate change, another batch of bad news for Texas.

The report relied on data from new climate models prepared by the Rhodium Group, an economic research firm, in partnership with Risk Management Solutions, one of the world's largest catastrophe-modeling companies.

The picture is particularly bleak for Texas, where the average number of days with a high of over 95 degrees Fahrenheit could jump to over 100 by 2040.

The report concluded that climate change could decimate the so-called "Texas Miracle" economy, claiming that the "boom is at risk from unchecked climate change, which could render this region—already one of the hottest and most weather-vulnerable of the country—at significant economic risk." 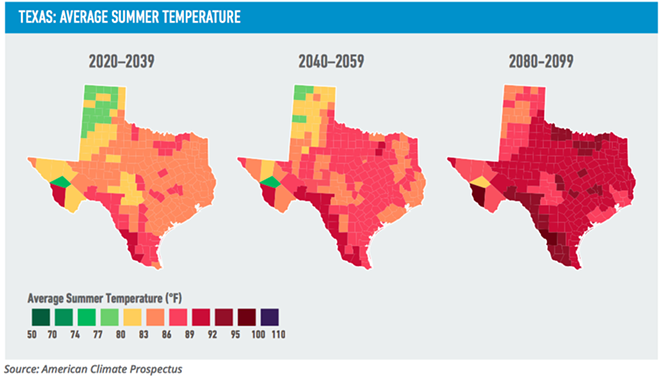 Here are highlights of the report's findings for Texas:

- The jump in temperature could cause over 4,500 heat-related deaths annually by 2040.

- Extreme heat could drive down labor productivity by almost 2 percent, at a cost of at least $12.5 billion annually to Texas' economy.

- Commercial energy expenditures will likely increase by 12 percent by 2040 due to expanded demand.

- Crop yields, including hay, cotton and corn, could drop by nearly a quarter.

- Sea levels at Galveston could rise by two feet by 2050, and five feet by 2100. The increase will displace residents and businesses, and result in more intense damage during storms. The cost of shoreline damage could  top $650 million annually.

The report's authors call for "policymakers and business leaders act aggressively to adapt to the changing climate and to mitigate future impacts by reducing their carbon emissions," in order to avoid such results.

More details, including interactive maps and additional projections, are available at the report's website.