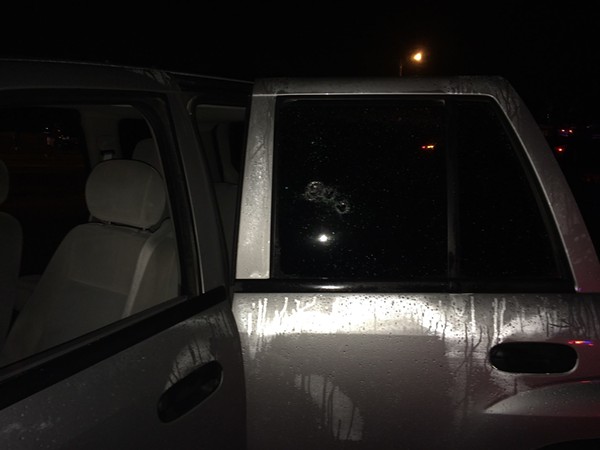 An officer-involved and drive-by shooting in Ferguson, Missouri, marked the one-year anniversary of Mike Brown's death at the hands of former police officer Darren Wilson.

The violence followed a weekend of peaceful protests and vigils.

According to the St. Louis County Police Department,  gunshots rang out near the protests just after 11 p.m. Sunday night.

When detectives spotted one of the shooting suspects they activated sirens and drove toward the suspect, who turned and fired at the detectives, hitting their vehicle several times, according to a news release.

Authorities recovered a .9 mm semi-automatic firearm and the suspect was transported to a local hospital in critical condition.

In a separate shooting, a man was shot in the arm in the parking lot of a Family Dollar. The St. Louis County Police Department said it arrested a suspect in that shooting.