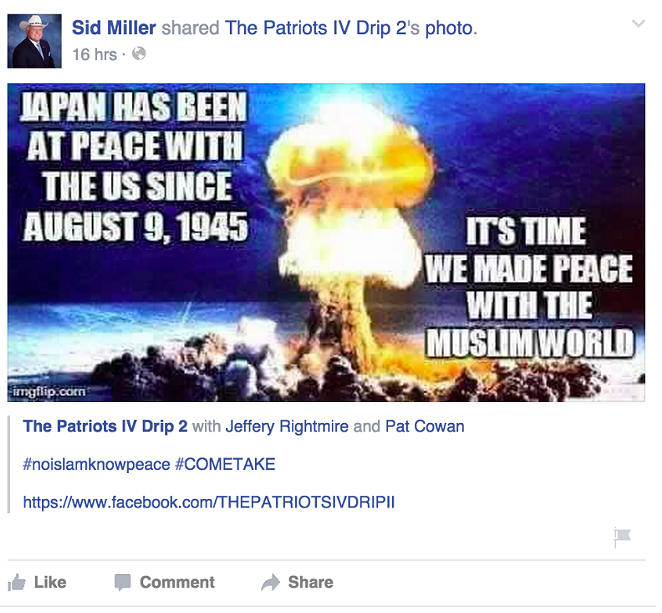 The picture, first posted to the Facebook page “The Patriots IV Drip 2,” stated: “Japan has been at peace with the US since August 9, 1945. It’s time we made peace with the Muslim World.”

Miller, elected in 2014, has been on quite a roll since taking the ag commissioner post this year. His push to get cupcakes and deep fat fryers back into public schools has been well-documented. And he’s used thousands of dollars in campaign funds to decorate his office like some sort of menagerie of dead animals.