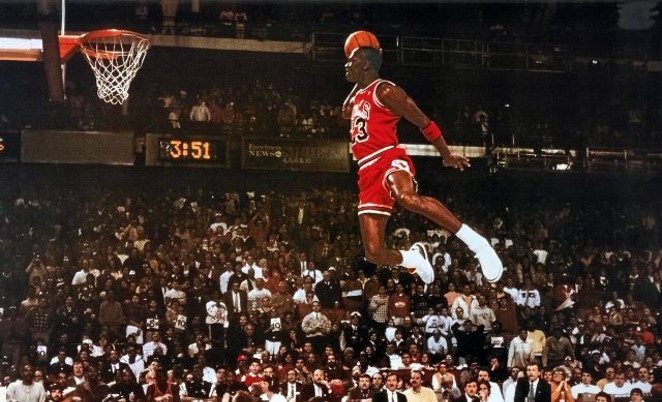 On the court or in the courtroom, Michael Jordan's supreme confidence and staggering wealth have been in the headlines this past week. After LeBron James stated he could beat Jordan in his prime, MJ responded with a firm no. In a U.S. District Court case against closed grocery chain Dominick's, we learned that Michael doesn't "do deals for anything less than $10 million."

The case against Dominick's is a curious one. In 2009, the Chicago subsidiary of Safeway used Jordan's name and jersey number in an ad and coupon that promised $2 off steak. Now, Jordan is suing the shuttered store for $10 million in damages for using his likeness without permission.

The case also shines a light on the immense wealth of basketball's most famous star. Between 2000 and 2012, Jordan made $480 million from his Nike deal alone. In 2012, Jordan earned $75 million in endorsements, more branding cash than any active athlete in the world.