Tim Duncan Wins Best Teammate Award Because Of Course He Does 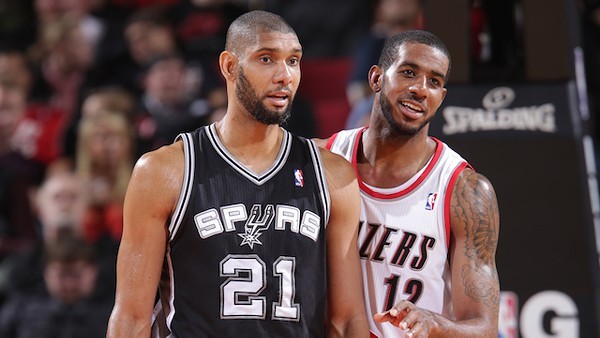 The NBA doesn't have an explicit "all-around good dude award," but this is pretty close. And no surprise, it went to San Antonio's own Tim Duncan this season.

The NBA announced today that Duncan won the Twyman-Stokes Teammate of the Year Award for the 2014-15 season.

This is the award’s third year. A couple of now-retired players, Chauncey Billups of the Los Angeles Clippers and Shane Battier of the Miami Heat, won it the previous two seasons.

A panel of NBA legends nominated six players from each conference for this year’s award, and current NBA players voted on who they thought was most deserving.

There is a nonsensical aspect to the voting structure though, since players couldn’t vote for their own teammates. It’s hard to think that NBA players have real intimate insight into the teammate quality of players on other teams.

But technical issues aside, I think we can agree that Duncan is a solid choice here. On and off the court, it’s clear he’s always got his teammates’ back: