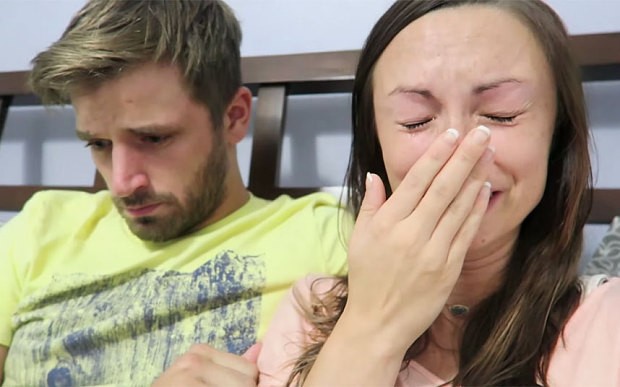 Sam Rader, husband of Christian vlogger couple Sam and Nia, has allegedly been identified in the Ashley Madison hack. On Tuesday, hackers published the personal information of 32 million users of the dating site for cheating spouses.

If you've been on the internet the past few weeks, you may know of the Terrell, Texas, couple's pregnancy announcement. The viral video featured Sam sneaking a sample of his wife's urine, performing a pregnancy test, and breaking the news to Nia she was pregnant. The husband told the wife! What a novel twist!


Then things got sad. Three days later, the couple announced that Nia had miscarried in a video titled "Our Baby Had A Hearbeat," garnering sympathy from strangers around the world.


Then things got weird. A few days later, Buzzfeed reported that the entire viral sensation was staged. According to doctors who spoke with the site, an accurate positive result was unlikely given the fact the test used diluted urine. The Raders admitted the pregnancy was never confirmed by a doctor.

Then things got sad again, but in a different way. The couple responded to the allegations and claimed that the entire hoax (and it was a hoax) was staged by God. The two claimed they were being persecuted for their Christian faith because their quest for internet fame quickly backlashed. The Raders' victim complex was impressive.


Now things are getting amusing. Sam, whose faith and fidelity are very much part of his YouTube identity, was identified as one of Ashley Madison's paid users, according to the Daily Mail, which is the site you go to learn of such shenanigans.

The Mail details how the information was tied to Rader.

A user who appears to be the 29-year-old father-of-two allegedly made two $189 payments to the infidelity service in September 2013, the same month his second child was born and he celebrated four years of marriage with his viral star wife Nia, 26.
Another four $14 payments were listed under his name on the database.
The Ashley Madison account details shared on Twitter and the 4chan forum – allegedly taken from the hacked Ashley Madison data – show Mr Rader’s name, his town of Terrell, Texas, and a zip code which Daily Mail Online can verify matches his home address.
It also shows the user registered under his name @becausethatswhy.com. Mr Rader, who also works as a photographer, registered that domain name in 2011.


Since a hackers known as "The Impact Group" posted Ashley Madison user information on Tuesday, a number of high-profile people have been identified. Among them was 19 Kids And Counting star Josh Dugger, the devout conservative evangelist who lobbied against marriage equality while actively seeking affairs on the adultery website. Earlier this year, his family's TLC reality show was cancelled after reports revealed Dugger molested five young girls, including four of his sisters.

Rader and his wife, whose fidelity and devotion are a lynchpin to their online persona, deleted a video earlier this summer  titled "Kids Reacts to Gay Marriage." According to Buzzfeed, the video showed the couple trying to coax a negative response on gay marriage from their 5-year-old daughter after she said gay couples should be able to get married if they want to.

Normally, infidelity should remain a personal matter. But when one's private behavior runs counter to their public persona, particularly when that persona is used to demean others, it's easy to feel the schadenfreude.

Sam and Nia have yet to respond to today's revelation. They may pray on it and then blame it on the "haters." We'll just have to wait to find out.