Jeb Bush On Anchor Babies: It's More Related To Asians 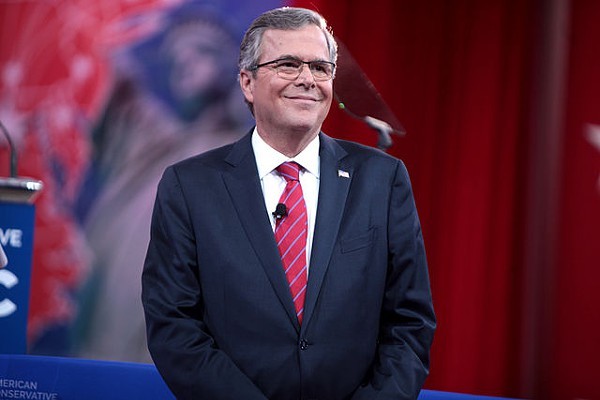 We get a laugh every time the Republican circus travels to the Rio Grande Valley.

Yesterday, former Florida governor and wannabe president Jeb Bush became "frustrated" and "visibly irritated" after border reporters pressed him on his use of the term "anchor babies," which is an ugly term used to describe kids born to parents who are in the United States illegally, the Texas Tribune reported.

He clarified — in English and Spanish — that his original use of the phrase had more to do with "organized efforts taking advantage" of birthright citizenship, not necessarily by Latinos seeking to live in the United States.

"Frankly, it's more related to Asian people coming into our country," Bush said, instantly setting off another round of Democratic outrage.

According to the Texas Tribune's article, Jeb said it was "ludicrous" for his political foes to suggest he used the derogatory term.

Just last week in Keene, New Hampshire, Jeb told reporters that he didn't regret using the term — despite a memo from the Hispanic Leadership Network, which he co-chairs, suggesting that conservatives avoid the term "anchor baby."

Frankly, Jeb is out of touch. He even suggested a couple weeks ago that the Iraq War, which resulted in the capture and execution of Saddam Hussein "turned out to be a pretty good deal." Never mind the years of subsequent warfare that destabilized Iraq, killed thousands and cost trillions of dollars during multiple recessions.

This guy is not living in reality.