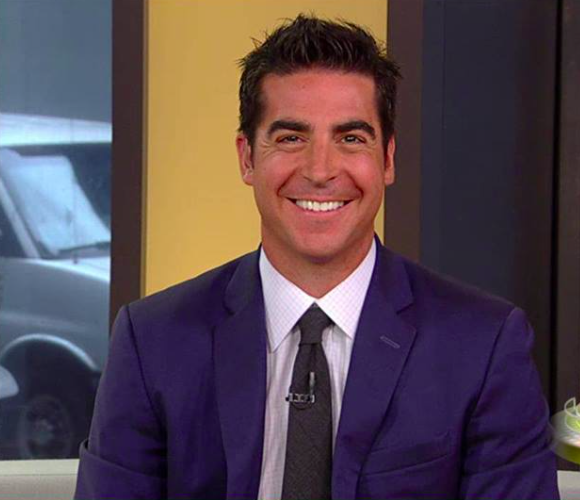 Like a 20-ton locomotive on fire, the Donald Trump Train somehow steamed forward again this week.

Though there were plenty of choice Trump quotes to pick from for the resurrected Bonehead Quote of the Week, I went with something inspired by Trump from one of my esteemed media colleagues: Jesse Watters, a Fox News anchor.

While discussing Trump expelling Univision reporter Jorge Ramos from a press conference in Dubuque, Iowa on Tuesday, Watters said this on "The Five":

“I think Ramos acted like an illegal alien, got treated like one. He cut the line, was disruptive, and then was deported.”

Watters drops the line at the 1:20 mark of this clip:


I don’t know what’s worse — the fact that Watters so nonchalantly drops this racist comment on national television, or the shit-eating grin he’s wearing when he says it. The guy has clearly been storing this line up all day, and now that the big moment arrived he’s all too pleased with himself. He’s almost got the same look as Patrick Bateman did right before he killed that dude to Huey Lewis and the News.

I don’t watch Fox News, I don’t know much about Jesse Watters and I don’t know if this is standard fare for this program. If I saw Watters on the street, I’d probably think he was a model for hair gel commercials or the architect of a pyramid scheme.

So maybe I'm in the minority, but this is not a great way to reel me in as a viewer. The only shred of sanity in the entire 5-minute clip is when Juan Williams confronts Watters about the comments.

“Why do you have to be so dismissive and rude about illegal immigrants? Jorge Ramos was acting like a journalist,” Williams said. “Jorge Ramos had asked for an interview from Trump, been denied. He goes to Iowa, sits there...he clearly felt like ‘I’m going to push to the front of the line.’ He was aggressive. We don’t get punished in journalism for being aggressive.”

You can make a strong argument that Ramos should have just waited his turn. But that doesn’t give Watters, who may or may not have ever met a Latino person, carte blanche to act like a bigot.