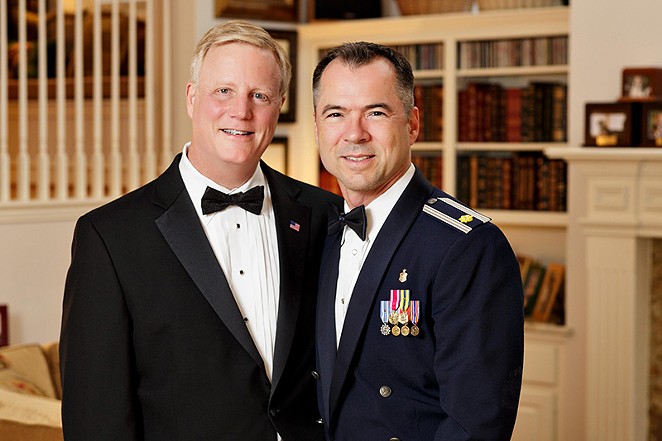 Two years ago Mark Phariss and Vic Holmes applied for a marriage license at the Bexar County Clerk's office in San Antonio.

They were turned down.

But a lot has changed since then, including a landmark Supreme Court ruling that found state bans on same-sex couples right to marry were unconstitutional.

Holmes and Phariss were two of the plaintiffs in a Texas case challenging the state's ban on same-sex marriage.

On Friday, roughly three months after the decision, Phariss and Holmes will again apply for a marriage license, which they'll get.

Phariss and Holmes have been together for 18 years, and will have a Texas-sized wedding later this year.

"With that license, we will marry each other in 2 months in Frisco, Texas, with family and friends around us and supporting us, all Deep in the Heart of Texas – something we have dreamed of for a long, long time," Phariss said in an email. "This is what the marriage equality fight was all about – enabling couples who loved each other to marry, a right the U.S. Supreme Court correctly said is fundamental to us all. Love, equality and justice won.”