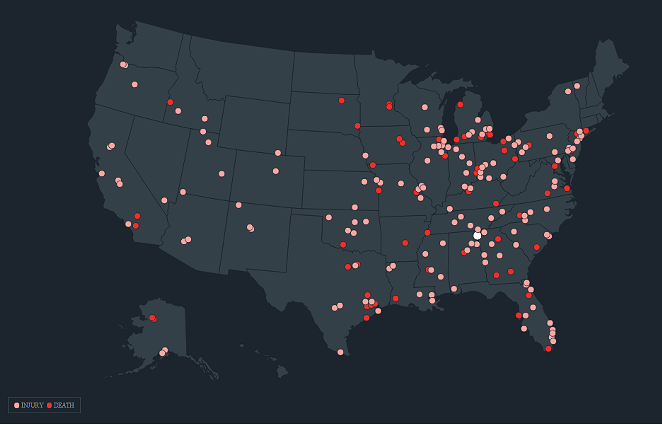 Last night on the West Side, a teenager shot and killed another teenager at a party, but it's unclear whether the suspected shooter knew they were holding a loaded gun, KSAT 12 reported.

Anna Kehde, a member of the Texas chapter of Moms Demand Action, said last night's shooting highlights the need for more firearm safety in the state.

Yesterday, a Teenager's Birthday Party Ends in a Gun Violence Death in San Antonio. Every gun that ends up in a child's...


The San Antonio Police Department told KSAT there could be more arrests in the 16-year-old's death.

According to Moms Demand Action and Everytown for Gun Safety — two organizations dedicated to changing firearm laws — 200 children have either been wounded or killed by other children, 10 of the victims were from Texas.

The organizations also run the Be Smart for Kids campaign, which promotes safe storage of guns and focuses on keeping children safe.