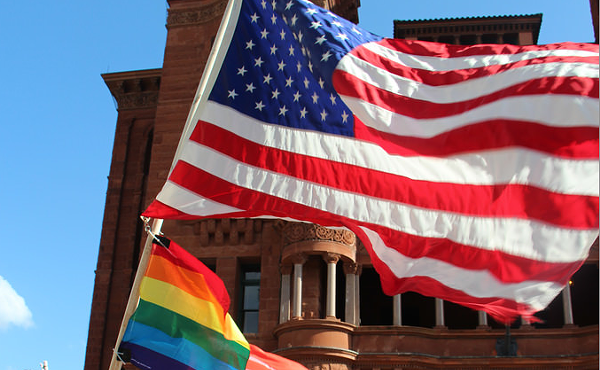 Almost half of Texas residents support same-sex marriage, racial discrimination in the state disproportionately impacts minorities, and football is still king despite long-term health concerns according to a poll released Wednesday by Texas Lyceum, a non-partisan, non-profit leadership group.

This is the eighth annual Texas Lyceum poll. The survey asked 1,000 Texas adults about their views on topics such as racial discrimination, same-sex marriage and climate change. The goal is to provide “an annual snapshot of Texans’ views on key issues,” according to Texas Lyceum President Jane Cummins. The poll had a margin of error of plus or minus 3.1 percentage points.

Here are some of the most notable results from the poll:

-Although climate change is not a top concern for Texans, 67 percent of poll respondents said they’d support new environmental regulations on companies “that would regulate energy output...in an attempt to reduce global warming.”

-When asked if there was “a specific instance in which you felt discriminated against by the police because of your racial or ethnic background,” 4 percent of whites, 24 percent of Latinos and 45 percent of black respondents said that they had.

-Marijuana evenly divides Texans, with half supporting its legalization and half opposing. Support for marijuana legalization has increased by 13 percentage points since 2011 though.