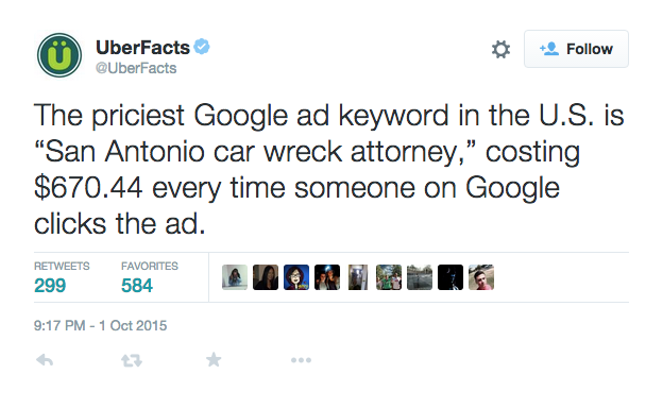 Any Alamo City motorist who isn't on a cellphone, putting on make-up, inhaling a breakfast taco or undertaking any number of distracted-driving feats on one of the city's many highways, is probably listening to traffic reports.

Because there are going to be crashes, lots of them.

So, it's really no surprise that the priciest Google ad in the entire country is "San Antonio car wreck attorney."

The more you know.