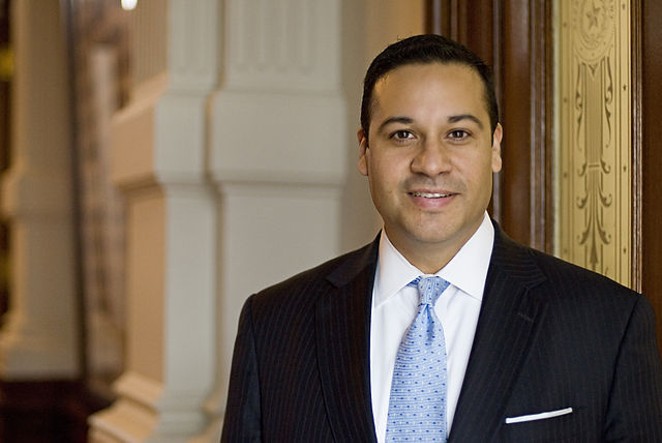 Here’s a free tip, politicians: Don’t place the term “Nazi” anywhere near someone who isn’t a Nazi. Just don’t do it.

That memo apparently never made it to the desk of state Rep. Jason Villalba, R-Dallas, who fired off the following tweet about Sen. Bernie Sanders during the first Democratic presidential debate on Tuesday, October 13:

Villalba later deleted the tweet. He has steadfastly maintained that his intent was not to compare Sanders to the Nazis. 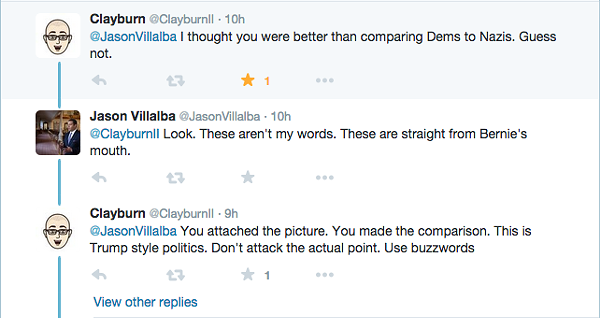 It’s one thing for Villalba to allow this tweet to slip through his “bad idea” filter. It’s quite another to then defend that decision-making by inaccurately pointing the finger at someone else.

Politifact Texas explained in a report today that “Sanders calls himself a democratic socialist. The Nazis were not democratic socialists. Whether or not Villalba intended to link Sanders to the Nazis, his tweet neatly did the job.” Politifact rated the statement as “Pants on Fire!”, indicating that it isn't remotely true.

As much as Villalba may claim he was only parroting Sanders, he must know what’s implied when you post a series of statements that ties a presidential candidate to an institution that murdered millions of innocent people.

If he doesn’t, then that’s an even bigger cause for concern.