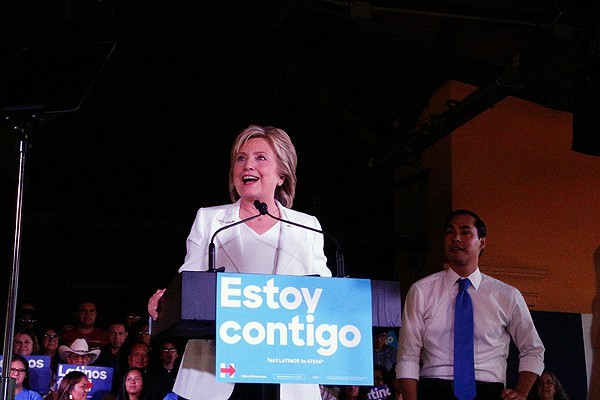 Former Secretary of State Hillary Clinton breezed through San Antonio last week to kick off the Latino outreach arm of her campaign, and she didn't leave empty-handed.

Today Clinton’s campaign sent out a list of 90 Texas Democrats, called the Texas Leadership Council, who will back Clinton. Members of the council will organize and recruit volunteers on behalf of Clinton, and the list will certainly grow as the race goes on.

Several members of the list have San Antonio ties, including:

Mayor Ivy Taylor and Bexar County Commissioner Tommy Calvert were both initially listed, but both told The Texas Tribune that their inclusion was a mistake.