SA Man Miraculously Alive After Being Swept Away In Weekend Flooding 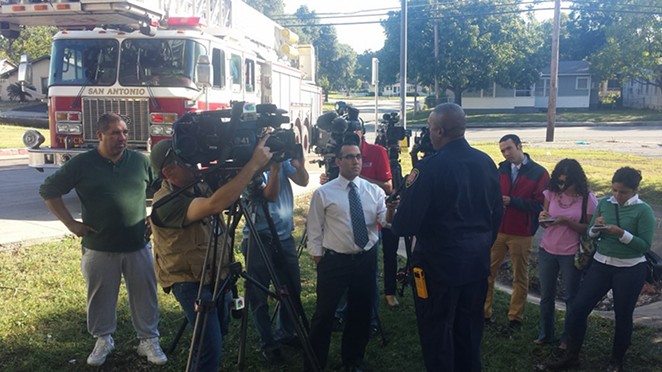 In an amazing turn of events, a 41-year-old man who was swept into a drainage tunnel Saturday morning by Babcock and Fredericksburg roads is alive a well.

On Facebook, the San Antonio Fire Department said crews were searching Woodlawn Lake for several hours Saturday and Sunday, but the man was found alive and well yesterday afternoon.

"He traveled about 1 mile underground in rushing water and washed out near Wilson and Woodlawn sometime late last night," the SAFD says on Facebook. "He passed out from exhaustion without his clothes and when he woke up today he wandered back to Babcock and Fredericksburg."

The San Antonio Express-News reports that Roel Martinez was trying to save his dog Chico when he  was swept away into the tunnel where the water was 6 feet deep and flowing 30 mph.