Get Caught Up on SXSW's Gamergate Debacle 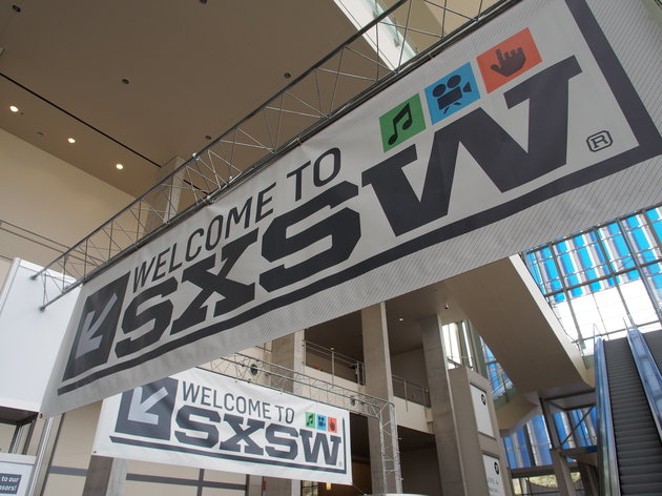 Even if you're not a gamer, you should keep your eye on Gamergate, an online movement centered around video game journalism and sexism (and the millionth controversy to have the word "Gate" attached to its title).

Since it began in the summer of 2014 (when pro-Gamergate supporters targeted game maker Zoe Quinn over her sex life) the movement has been credited with numerous instances of death threats and general harassment of women in the gaming industry. And South by Southwest 2016 has gotten mixed up in all of this.

About a week ago, SXSW Interactive announced two panels for the upcoming event: "Level Up: Overcoming Harassment in Games" and "SavePoint: A Discussion on the Gaming Community." Shortly after these were announced, SXSW Interactive received threats of violence if these panels were allowed to take place. The "Level Up" panel featured feminist speakers Randi Harper, Caroline Sinders and Katherine Cross. The panelists would discuss harassment in video games in general, not just about they mistreatment women receive. The "SavePoint" panel featured speakers from the Open Gaming Society, a pro-Gamergate group whose members don’t support video games being changed to accommodate feminist leanings. It isn’t clear which panel the people issuing the threats wanted cancelled though SXSW has given into their demands by canceling both initially before reversing this decision on Friday.

One look at the comments section on SXSW's official web page for the "Level Up" panel shows many pro-Gamergate commenters saying that the panel's feminist speakers would use their time to bully those who don't want the "social justice" narrative in gaming.


On Monday, October 26, SXSW Interactive made the call to cancel two sessions for the 2016 event: "SavePoint: A Discussion on the Gaming Community" and "Level Up: Overcoming Harassment in Games." We had hoped that hosting these two discussions in March 2016 in Austin would lead to a valuable exchange of ideas on this very important topic.
However, in the seven days since announcing these two sessions, SXSW has received numerous threats of on-site violence related to this programming. SXSW prides itself on being a big tent and a marketplace of diverse people and diverse ideas.


Many online aren't satisfied with SXSW's statement. SXSW has been home to panels on the Black Lives Matter campaign and hosted "A Virtual Conversation" with Edward Snowden in 2014 so it does seem a little odd that of all controversial issues to have an event cancelled due to threats from any party, it was this one.
Like the dreaded blue shell in Mario Kart, SXSW Interactive was hit with an outpour of public backlash due to their decision to cancel these panels. Buzzfeed and Vox Media said they would not attend SXSW unless both panels were re-instated.

On Friday, October 30, SXSW Interactive announced that they would officially reinstate both panels. Not only that, they’re adding an all-day forum on March 12 to their list of events which will focus on online harassment in games. With these threats now public, SXSW Interactive says they are working with local law enforcement to keep the event safe. There are so many things going on at SXSW, the idea of making such a big portion of downtown Austin feel truly secure sounds nearly impossible.

The initial reaction to canceling the panel hasn't earned SXSW Interactive any new fans. By attempting to silence both sides of the issue they angered everyone involved. Considering the persistence of the very active members of the pro and anti-Gamergate communities, this was never going to go down quietly.

If SXSW Interactive wants to stay true to their claims of the event being a "big tent" for a "diverse" people with "diverse" ideas, they cannot pretend like this didn't happen. Reinstating both panels and adding the new all-day forum on online harassment is a step towards the “valuable exchange of ideas” SXSW Interactive says they’re trying to create. Like in Alexey Pajitnov's iconic puzzle game, SXSW Interactive has all their Tetriminos back in the right places, even that pesky Z-shaped piece. Stuck in a situation similar to Tetris’s unforgiving marathon of falling shapes, SXSW Interactive has a ways to go before they can score big and redeem themselves after this week’s events.

The Daily Gamergate SXSW 2016 Level Up Panel Save Point