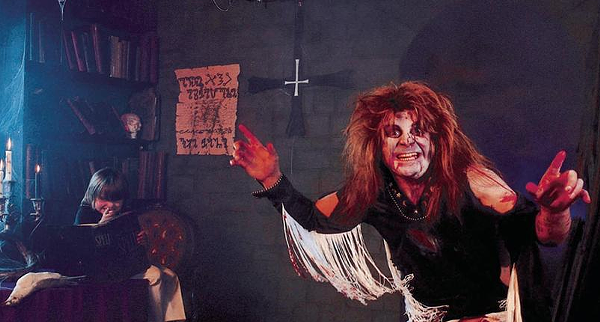 KENS is reporting the Texas General Land Office, which took over custodianship of The Alamo this year, has denied permits for the History Channel to film on Alamo property. Osbourne and his camera crew have been granted permits by the city to shoot on Alamo Plaza.

UPDATE: Texas General Land Office confirms it did deny permits for Ozzy Osbourne and the History Channel to film at the Alamo.

The original report continues below.

Because Phil Collins has to be outdone, we assume, Ozzy Osbourne will reportedly say he's sorry for drunkenly urinating on the Cenotaph in Alamo Plaza in 1982. And just to make sure we all know he's sincere, he's bringing along a History Channel film crew.

The story of Osbourne's desecration and subsequent arrest in San Antonio, which took place after he was kicked out of Black Sabbath but before he feathered his hair and made a power ballad with Lita Ford, has morphed into rock legend. Many people think his grave sin was whizzing on the Alamo itself. But the drunken, nightgown-clad rocker actually took a leak on the Spirit of Sacrifice, the 60-foot marble and granite memorial erected in 1936 to honor the 189 who gave their lives to Texas liberty. The act sparked a angered fans at his Hemisfair Arena concert the following and got him banned from the Alamo City for 10 years. He was finally allowed back but not until he made a $10,000 donation to the Daughters of the Republic of Texas.


According to the San Antonio Express-News, District 1 Councilman Roberto Trevino announced Osbourne's Alamo visit and apology Wednesday night, though he declined to specify an actual time for this supposed my bad.

Osbourne and his son Jack are making the rounds in Texas for their upcoming father-son reality show on the History Channel, which is apparently a thing that's happening, because why the hell not? He was at the Texas Capitol yesterday, where he used the designated bathroom facilities. He also visited NASA's Johnson Space Center earlier this week, according to the Houston Chronicle.

So unless the shoot is canceled by forecasted rain, you can presumably just hang out in Alamo Plaza all day and wait for him to show.

If he does, be sure to ask him if he'll ever apologize to that bat.