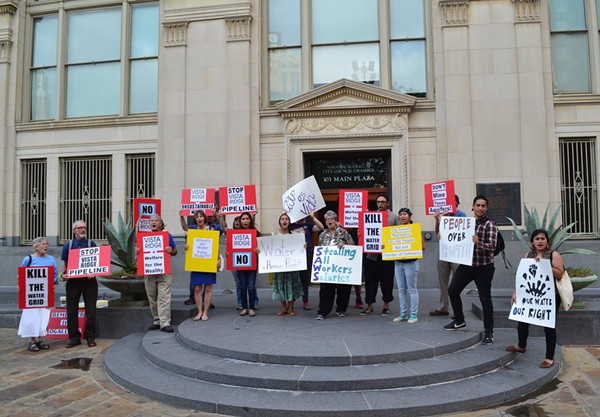 This is the study that the San Antonio Water System said was full of inaccuracies. Drafted by Calvin Finch, who was removed as author, the report rated the 142-mile Vista Ridge Pipeline as "high risk." The new report says the pipeline is "medium risk." There will also be public comment scheduled for the end of the Thursday meeting.

SAWS says the pipeline is necessary to pump in more than 16 billion gallons of water a year via the $3.4 billion pipeline to meet the needs of a growing city that may be the home to more than 1 million people by 2040. SAWS disputes assertions from the Mi Agua Vida Coalition, which opposes the project, that include accusations that the city is playing to developers who contribute to suburban sprawl; that rate increases to pay for the project will hurt low-income families and senior citizens; and that pumping will create dangerous drawdown in the Carrizo-Wilcox Aquifer.

On Tuesday, rural conservatives from Burleson, Milam, Lee, Bastrop, Hays, Kendall and Brazos counties, who were organized by the League of Independent Voters of Texas, will travel to San Antonio where they'll team up with Alamo City progressives to deliver thousands of petition signatures asking Mayor Ivy Taylor and the City Council to vote against Vista Ridge, calling it a "water grab" and a way to "make growth pay for itself." 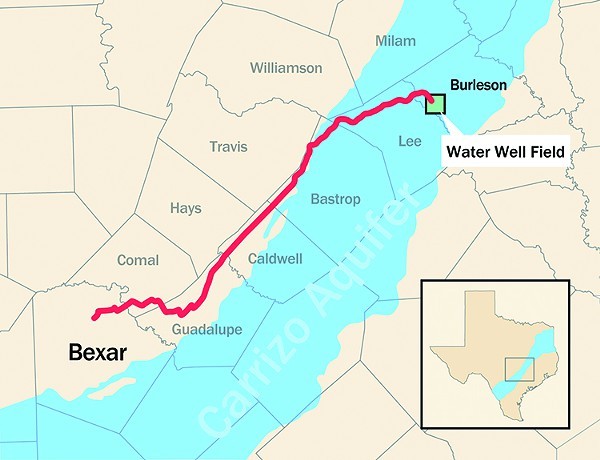