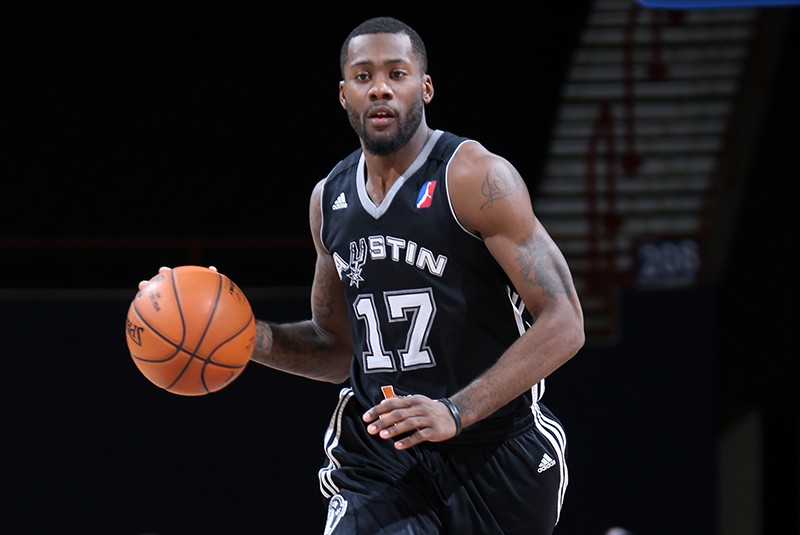 Just last week, the San Antonio Spurs quietly announced that forward Jonathan Simmons had been assigned to the Austin Spurs of the NBA Development league. This came after the club recently exercised the third-year option on Kyle Anderson for the 2016-17 season. While the move wasn’t as heralded as the offseason additions of LaMarcus Aldridge or David West, it speaks to Anderson’s evolving potential and the value placed on “corporate knowledge” by the Spurs.

Anderson and Simmons made some noise of their own in July, earning individual MVP honors at the Las Vegas Summer League while pacing their team to a historic championship. Before averaging 21 points and 8 rebounds in Vegas, Anderson spent a fair amount of time shuttling back and forth between San Antonio and Austin.

Tucked away in Cedar Park, just north of Capital City, sits the Cedar Park Center, an 8,700-seat arena that is home to the freshly minted Austin Spurs. Anderson was assigned to San Antonio’s D-League affiliate seven times during his rookie season, which was critical to the blossoming of his game.

“I try to bring the Spurs habits on how we do things in San Antonio down here,” said Anderson wearing #23 in Austin last season. “I use it as getting my rhythm, getting the minutes, getting my conditioning in, just preparing myself if I do get called [back] up to San Antonio.”

“The coaches in San Antonio, they’re working with Kyle on a lot of different things,” added Brian Pauga, General Manager of the Austin Spurs, and the Director of Scouting in San Antonio. “When he comes to Austin to play they’re going to talk to the coaching staff here in Austin and give him some description of how they want him to play and what they want him to work on. It’s up to them to coach him and up to Kyle to perform.”

In 26 games with the Austin Spurs last season Anderson averaged 21 points and 6 rebounds. He eventually returned to the Alamo City, making his first NBA start, and averaging 2 points and 2 rebounds in 10 minutes as a rookie. More often than not, it was difficult for Anderson to see minutes on the court in San Antonio, leading to his frequent jaunts on I-35.

Following his success in the Summer League, a solid training camp with the Spurs, and a promising pre-season, Anderson appeared poised for a breakthrough. With eight games under his belt, the young man nicknamed Slow Mo once again finds himself searching for his role in the rotation. At 22 years of age, in an 82-game NBA season, his time will eventually come.

As for Simmons, he is back in familiar settings with Austin where he averaged 12 points, 4 rebounds and 2 assists, over the last two years. After making the team in an open tryout in 2013, the native Texan was named to the D-League All-Defensive Third Team last season. Expect Simmons to spark the Spurs when they tip-off their campaign in Cedar Park this Friday against the Texas Legends.