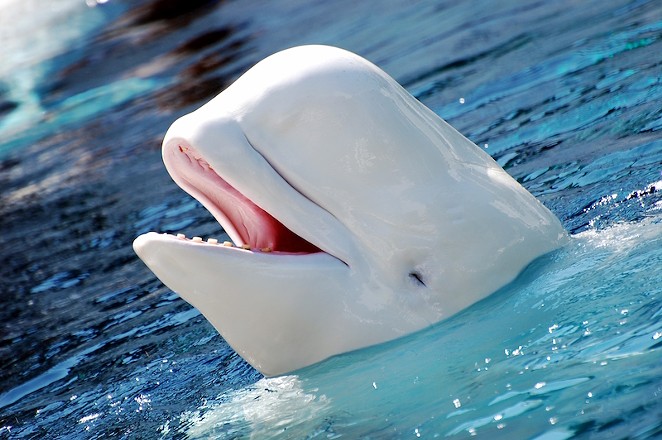 A 2-year-old beluga whale died at SeaWorld San Antonio on Friday, the park announced this weekend.

According to KSAT, the cause of death will not be known until a necropsy is performed. Results from the procedure are not expected for at least six to eight weeks.

The whale, whose name was Stella, was being treated for “signs of gastrointestinal issues,” according to a SeaWorld spokesperson. The park's seven remaining belugas are currently being monitored.

Stella's passing is the second beluga whale death at SeaWorld San Antonio this year. A three-week-old calf died at the park in July after being born prematurely. A beluga at SeaWorld's Orlando park died in February of this year, according to the People for the Ethical Treatment of Animals (PETA).

News of the death comes less than a week after SeaWorld San Diego announced it would phase out its live orca show and replace it with a more "informative," conservation-focused presentation in a more natural setting. A spokesperson from SeaWorld San Antonio clarified that the decision was based on guest feedback at the California park and that no plans are being considered to change the orca program at its San Antonio and Orlando parks.

As at least 58 beluga deaths at SeaWorld facilities have proven, belugas simply cannot successfully be bred in tiny concrete tanks that deny them everything that is natural and important to them. That’s why facilities like SeaWorld have so desperately tried to import belugas captured from the wild, as this beluga’s parents were. Like the others before her, she died far, far short of the 50 years that belugas can live in their natural ocean homes, and her preventable death is one of the many reasons why PETA is calling for an end to SeaWorld’s deadly beluga-breeding program.


Beluga whale life expectancy estimates vary. According to National Geographic, belugas can live in the wild anywhere between 35 to 50 years, but a 2006 study published in the Canadian Journal of Zoology concluded the whales could live up to 70 to 80 years.

"Stella was born at SeaWorld San Antonio in 2013, where she was adored by her trainers and park guests," spokesperson for SeaWorld said in a statement.