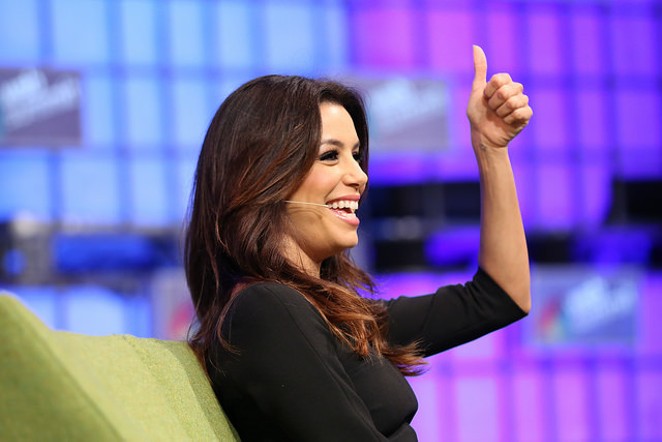 The story of San Antonio's most famous political brethren may be going to the small screen. And another SA resident is putting it there.

ABC recently bought a new show from Corpus Christi native and part-time San Antonian Eva Longoria, according to Deadline. The as-yet-unnamed program will be based loosely (probably very, very loosely) on the political rise of twins Julián and Joaquin Castro.

The executive producer is Nikki Toscano, who’s also been involved in shows such as Revenge and Bates Motel. Here’s how Deadline described the show:

The ABC drama is a Texas-sized soap about an ambitious political family with differing agendas loosely inspired by a 2013 Vogue article Pair Of Aces, which profiled Democratic rising-star twins Julián Castro, mayor of San Antonio, and Joaquin, then-newly elected U.S. congressman. UnbeliEVAble and ABC first took a stab at developing a Texas political family drama using the article as source material last season with a different writer. Toscano is writing and will executive produce with UnveliEVAble’s Longoria and Ben Spector and Conde Nast’s Dawn Ostroff.


While I’m intrigued by this idea, something tells me those looking for policy-driven plot lines about Julián shaking up the Department of Housing and Urban Development or Joaquin’s push to close family detention centers in South Texas should stick with PBS or CNN.

On the other hand, there probably will be lots of sex, diabolical two-timing and Texas politics clichés. Someone will probably wear a cowboy hat. Another person will force Spanish idioms into their dialog. Let’s see if anyone watches.