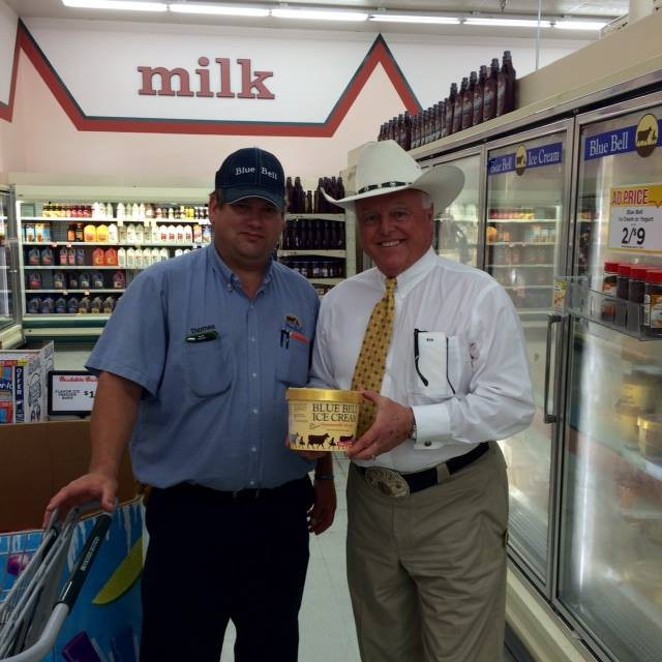 Nothing like a tragedy to bring out the worst in some people.

There were many, many candidates for this edition of Bonehead Quote of the Week, nearly all of them revolving around the bigoted and tone-deaf responses to Syrian refugees in the wake of last week’s terror attacks in Paris.

My first inclination was to give the award to state Rep. Molly White, R-Belton. You’ll remember White from classic hits such as “encouraging Muslims to pledge allegiance to the United States in her office on Texas Muslim Capitol Day.”

On her Facebook page, White lauded Texas Gov. Greg Abbott for directing the state’s Health and Human Services Department to turn away Syrian refugees (an illegal and likely impossible directive, by the way):

White also gave this response to a woman who claimed that there was an ISIS training camp near her home in Brazoria:

The award could also have gone to Ben Carson, a learned doctor who is running for president. Carson’s latest gaffe wasn’t lying about stabbing someone as a teen or misunderstanding the cosmic mysteries of the Egyptian pyramids. Instead, he compared Syrian refugees to rabid dogs, saying:

“For instance, you know, if there is a rabid dog running around your neighborhood, you’re probably not going to assume something good about that dog, and you’re probably gonna put your children out of the way. Doesn’t mean that you hate all dogs by any stretch of the imagination.”

Comments from other Texas politicians — Abbott and Sen. Ted Cruz both spring to mind — were also in contention. But we will award this Bonehead Quote of the Week to our one and only cupcake-lovin’ Agriculture Commissioner, Sid Miller.

Miller has got in hot water over his Facebook activity before (also, have we reached the point where competent political staff members just shouldn’t allow their boss to touch a computer?). In August, Miller posted an image that suggested bombing “the Muslim world.”

On Wednesday, he posted this:

The post is a response to the Obama administration’s plan to resettle 10,000 Syrian refugees in the U.S.

“The dead ones won't bite, Sid! That was an easy one!”

“Sid, if just don't bring them in ya don't have any problems…”

This is an elected official actively throwing his support behind killing refugees of a war-torn region. This exceeds Boneheadedness — it's a despicable and shameful display of hate.