The march coincides the one-year anniversary of Obama's Deferred Action for Parents (DAPA) and his expansion of Deferred Action for Childhood Arrivals, both of which would have temporarily relieved deportation fears for approximately 5 million people.

According to the Texas Organizing Project, DAPA and DACA would have helped more than 700,000 Texans.

The group has also called on Abbott to meet with immigrant families, but, Abbott is unlikely to do that as he is busy protecting Texas from scary terrorists by vowing to keep Syrian war refugees out of the Lone Star State.

But maybe if he did, Abbott would see that they, too, are people just like him. The only difference, is many of them are running from rampant violence and poverty. 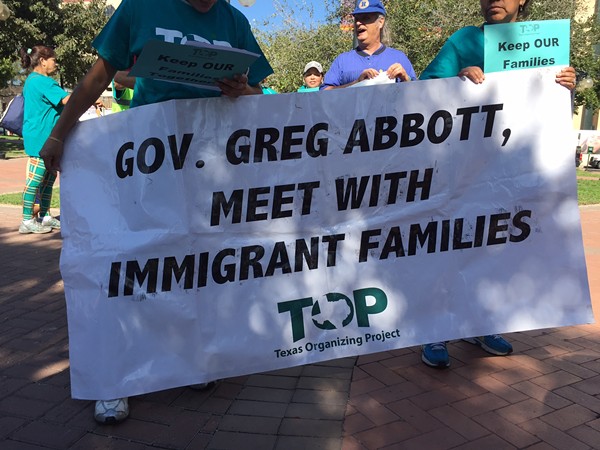