Immigration Reform Advocates Marched to the Gov.'s Mansion This Weekend 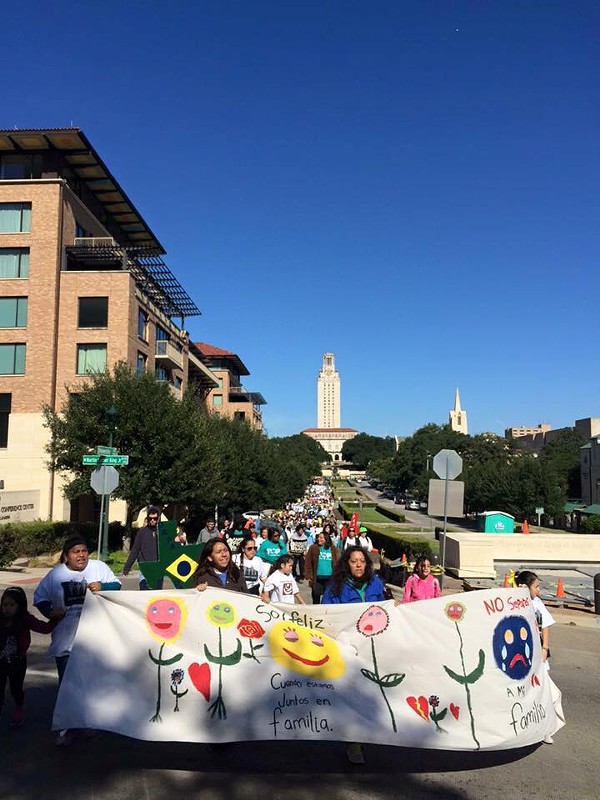 While Governor Greg Abbott was attorney general, he filed a lawsuit that a host of other states joined to stop Obama's executive action. That litigation is on its way to the Supreme Court.

The Texas Organizing Project, which joined other organizations during the march, is pressing Abbott to meet with families that would benefit from Obama's executive action. An estimated 700,000 Texans would benefit from DACA and DAPA.

It was a beautiful day for a rally across from the Governor's Mansion today! #Ready4DAPA #Ready4DACA #DropTheLawsuit