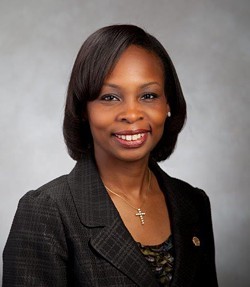 Plenty of Texas’ elected officials — including the governor, a senator and a slew of lawmakers from the state Legislature — have recently stated their support for barring Syrian refugees from entering the state.

Their rationale is that allowing refugees — who've seen roughly 200,000 of their countrymen die and millions more be displaced by civil war — into the U.S. could be tantamount to building a ramp for a Trojan Horse, especially after the horrific terror attacks in Paris that recently killed over a hundred people. Nevermind that it’s unclear whether any of the terrorists were Syrian nationals.

Local officials in San Antonio have taken a different tack.

Mayor Ivy Taylor distanced herself from Gov. Greg Abbott and others in a statement she released today. In the statement, she expressed compassion for the refugees and said any of the who pass through the federal screening process are welcome in San Antonio.

"Local governments do not have jurisdiction for the resettlement of refugees, but as Mayor of San Antonio, and even more so as a human being, I strive to create a community that is open and welcoming to those in need,” Taylor said.

Taylor issued the statement several days after the U.S. Conference of Mayors released an open letter to Congress, urging its members not to suspend the U.S. refugee resettlement system. Last week, the House of Representatives passed a bill to make it more difficult for Syrian refugees to enter the U.S.

“Our nation has always been a beacon of hope for those seeking peace and protection from persecution. We urge you to take no action that will jeopardize this rich and proud heritage,” the letter said.

Mayors Steve Adler of Austin and Mike Rawlings of Dallas both signed the letter, but Taylor did not. Her statement today echoed similar sentiments, though.

Many of the city’s refugees cluster along corridors in Nirenberg’s district. The Center for Refugee Services, a nonprofit resource for immigrants, is also located there.

“You are welcome here,” Nirenberg said. “You are valued members of our community.”