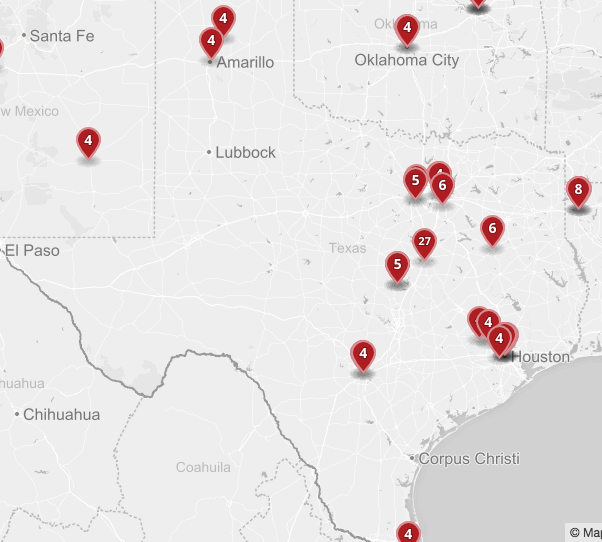 The shooting in San Bernardino, California yesterday which left 14 people dead and more than 20 wounded was the 355th mass shooting in the United States this year, according to the Washington Post.

Each of those mass shootings — defined as any event in which four or more people are shot — have been logged by shootingtracker.com. PBS NewsHour then turned the data into an interactive map:

In Texas, 121 people have been shot this year in mass shootings. That includes two events in San Antonio: One in January when seven people were shot when a brawl at an East Side carwash got out of control, and another in July during a pair of bar fights.

The largest shooting this year in Texas was in Waco, when over two dozen bikers and bystanders were shot during a shootout between rival biker gangs at a Twin Peaks restaurant.