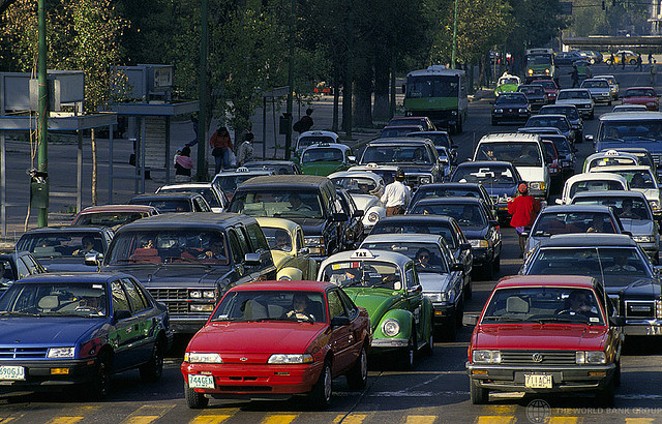 Sometimes I read something that makes me think we’re much closer to the reality envisioned by The Jetsons than the one in which I grew up. This is one of those things.

The Texas Department of Transportation awarded researchers at the University of Texas at San Antonio and the Texas A&M Transportation Institute a $1.32 million contract to study “a system to harvest energy created by the movement of vehicles along the state’s roadways and convert it into low-cost renewable electric power.”

You read that right: Scientists in Texas will search for a way to harness the motion of your 1992 Honda Civic (or whatever you're pushin' these days) to create clean, cheap power.

It works by placing piezoelectric sensors underneath the asphalt, which harvest the energy of moving vehicles for stop lights, billboards, charging stations for electric vehicles and other roadway power needs. Though it might as well be some sort of Dark Magic, as far as I can tell.

“This project could make Texas a leader in the use of piezoelectric technology to create ‘smart’ roads that not only generate clean power but also create a sustainable source of revenue for transportation infrastructure,” said JoAnn Browning, dean of the UTSA College of Engineering.

The first phase of the project will take 18 months. If the researchers’ sensors are a success, they could have a harvest system in place by 2019.