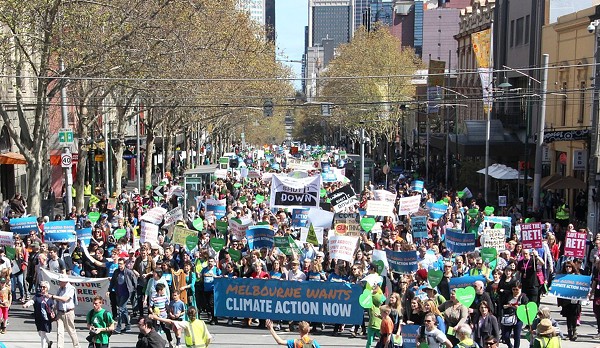 Over the weekend, representatives of countries from all over the world finally came to an agreement on how to address climate change.

The Huffington Post reports that — in a first — poor and rich countries both agreed to take steps to curb climate change "from reducing their emissions of carbon dioxide and other greenhouse gases to helping one another adapt to rising seas, devastating droughts, food shortages and other impacts of global warming."

Congressman Lamar Smith, who has been battling it out with NOAA scientists over his interpretation of climate change, knocked the deal in an op-ed in USA Today, where he said technological advances are a better way to deal with global warming, not reducing emissions.

"Climate change is caused by a combination of factors, including natural cycles, solar variability and human activity. Scientists still disagree about how much each of these factors contributes to overall climate change," he wrote. "What climate alarmists say is sometimes untrue and often exaggerated. We should rely on good science, not science fiction, when we evaluate climate change."

Strange reading press on Paris climate "agreement": under Constitution POTUS has no unilateral authority to bind US; so it is his, not ours.

However, everyone's favorite American son, who was born in Canada, Senator Ted Cruz, was largely silent on the Paris deal, as were most of the other Republicans on the campaign trail, as this story in The New York Times points out.