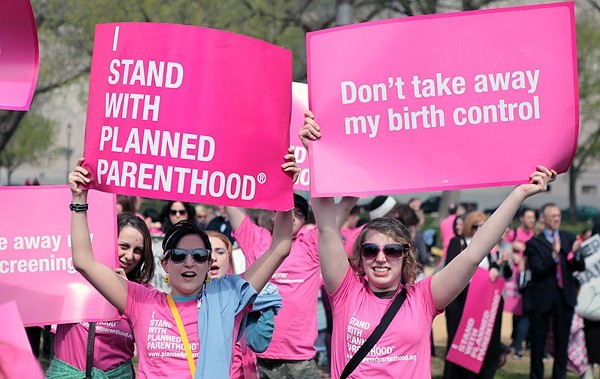 Now, ambulatory surgical centers, a legislatively mandated requirement for abortion care from Texas' representatives, are defined in the city's zoning rules, requiring the centers to get approval from City Council and the zoning board if they plan to open in Neighborhood Commercial and C-1 zoning districts.

This is no surprise. For more than a year now, a group calling itself the San Antonio Family Association, or sometimes BloodMoneySA, has protested the ambulatory surgical center at 2140 Babcock, arguing it's not properly zoned. This is the same anti-choice group that protests the Martin Luther King Jr. Day March and recently lashed out at St. Luke's Episcopal School for accepting a transgender student.

"This process allows for neighborhood associations to be notified of a potential new clinic, or medical or dental operation requesting to operate in their area, and indicate their opinion to the Zoning Commission and their council member before a vote,” Gallagher said in a statement.

That statement seems disingenuous, given that Gallagher — who is supposed to remain nonpartisan — has targeted women's health before, probably with pressure from the vitriolic San Antonio Family Association.