100,000 People Have Visited Yanaguana Garden Since Its October Opening 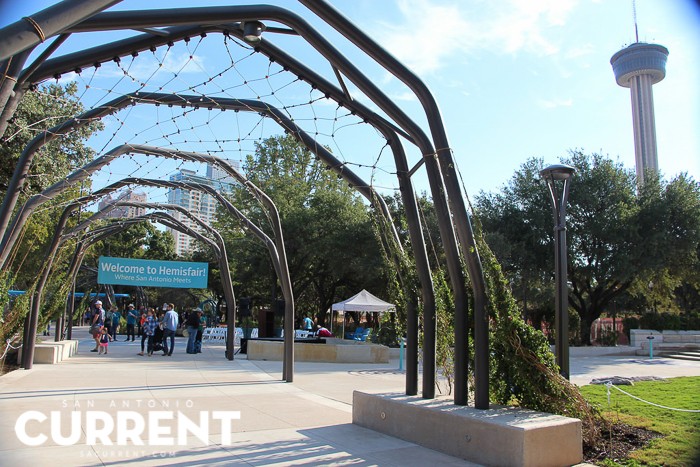 Construction at Hemisfair seemed like it would never end, and there's still a few years left.

But the Yanaguana Garden, the first completed section of a renovated Hemisfair, which opened in October, has been a  huge hit.

In the first 10 weeks it has been open to the public, 100,000 people have visited the park at the intersection of S. Alamo St. and Cesar Chavez Blvd.

Number crunchers associated with Hemisfair say October 3, the grand opening, was the busiest day, with 10,000 visitors. And each week, an average of 8,400 people are visiting.

Survey data shows that people from all of San Antonio's 48 ZIP codes have visited, and so have international guests, who came all the way from Denmark, Scotland, India and Germany, according to a press release.

Hemisfair revitalization efforts started in 2009 with the creation of the Hemisfair Park Area Redevelopment Corporation. Three years later, the city issued $30 million in bonds to fund three phases of redevelopment, the first being Yanaguana Garden. The next phase is Civic Park, followed by Tower Park, both of which should be done by 2020.