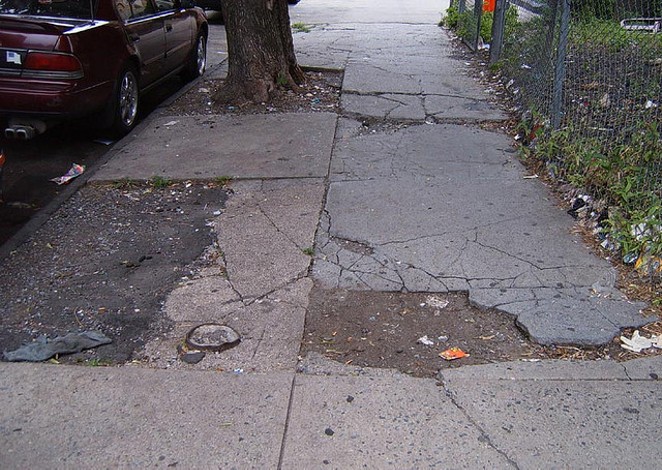 A solution to San Antonio’s web of cracked, crooked and sometimes non-existent sidewalks could arrive early next year in District 1.

Councilmember Roberto Treviño will kick off a pilot program for a new type of sidewalk in his district, which includes part of Downtown stretching north to about Loop 410.

The new sidewalks are precast, which means they’re made elsewhere and then installed in one piece, with separate pieces linking together. They’re more expensive than the poured-in concrete slabs the city currently uses, but they could be more durable and last longer, saving money in the long run.

Treviño told KTSA that the program would begin in February 2016.

Installing sidewalks along the 2,500 miles of San Antonio streets which lack them would cost over $1 billion. In addition to places lacking sidewalks, approximately 3 percent of the city’s sidewalks are damaged, according to the Transportation and Capital Improvements department.

Click here for a map showing where there are and aren’t sidewalks in San Antonio.